Before working for Amazon in the U.S., data scientist Lizzy Soto Hernandez worked for the company in her native Costa Rica. A lifelong fan of math—"I always loved to count everyone and organize everything"—part of what brought Hernandez 3,400 miles north to Amazon's Seattle headquarters was the opportunity to continue her education. She wanted to be a student at Amazon’s Machine Learning University (MLU).

Hernandez did just that, joining a growing group of Amazon employees who have taken MLU courses and returned to their teams with graduate-school-level knowledge. They learn from some of the biggest experts in the Amazon workforce, many of whom have doctoral degrees in machine learning. These Ph.D.s volunteer to teach because they want to help solve what's ultimately an exciting problem for Amazon. The company can't hire machine-learning specialists fast enough to keep up with all the opportunities to make machine learning a core part of its voice, vision, data, robotics, and decision systems. The solution: give Amazon technical employees a way to gain machine-learning skills. That's MLU. 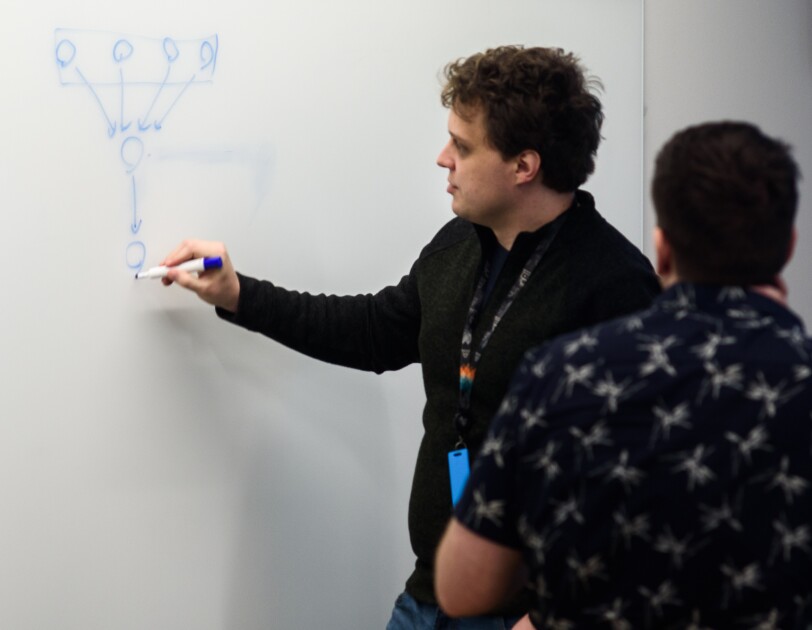 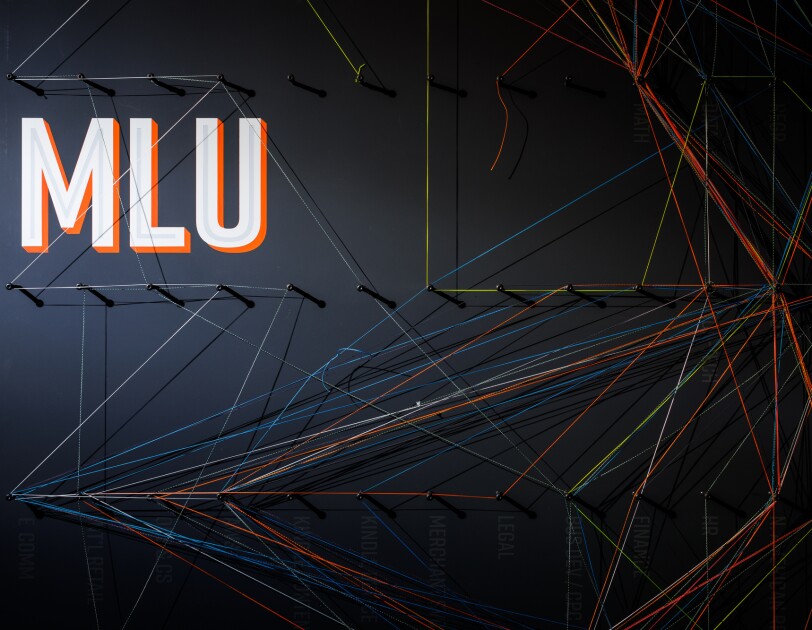 This wall decoration at Machine Learning University is both analog and interactive. Students are invited to snip string from nearby spools and wind it around screws that correspond with answers to questions about their previous experience with machine learning, what kind of work they do at Amazon, and other personal data.
Photo By JORDAN STEAD 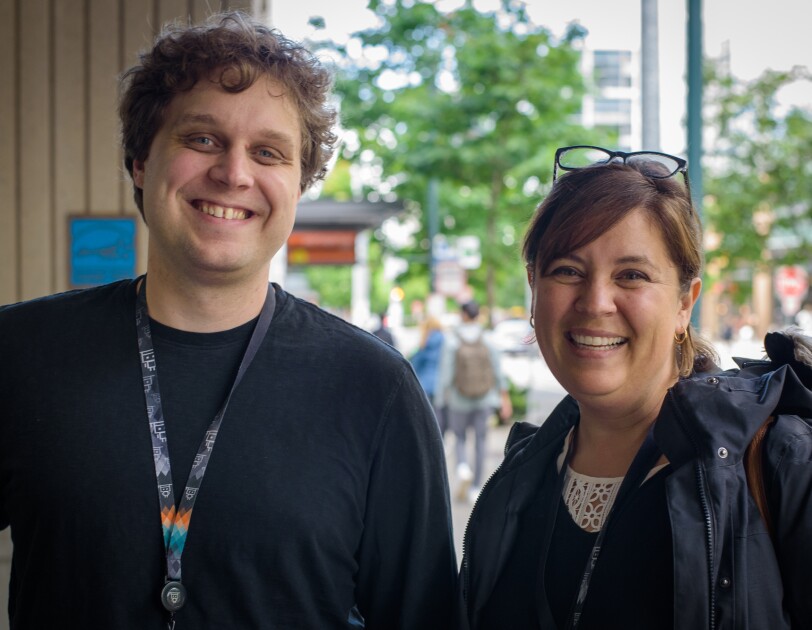 Skills learned in MLU help Amazonians use machine learning to provide benefits like faster delivery times, more relevant product search results, a greater likelihood that the item you want to buy will be in stock, and personalized recommendations that do a better job with tricky tasks like steering customers to a book, TV show, or music playlist they'll try and love.

"What we're doing is helping prepare our workforce for the next wave of technology that Amazon is investing in," said Bree Al-Rashid, who manages the MLU team.

While enrolled at MLU, Amazon employees are excused from one day per week of their regular work. Amazonians never pay for classes, even if they later take their new skills to another job at a different company. MLU is among a growing list of Amazon programs that give employees resources to gain critical new skills for in-demand roles. The company has pledged to "upskill" 100,000 employees by 2025, backed by a $700 million investment.

MLU has generated excitement among Amazon employees. That’s partly because it clears away obstacles that can stop mid-career professionals from taking graduate school classes: the cost of tuition, a day job that won't slow down, the hassle of finding time to get to and from a university campus, and a fear that the curriculum won't actually deliver skills students can use in the real world.
By offering a learning experience tailor-made for Amazon employees, MLU attracts focused, motivated students, according to Brent Werness, a Ph.D. mathematician. Werness previously taught at the University of Chicago and other institutions before joining MLU as one of two full-time faculty members who share teaching duties with the hundreds of Amazonians who volunteer to teach. 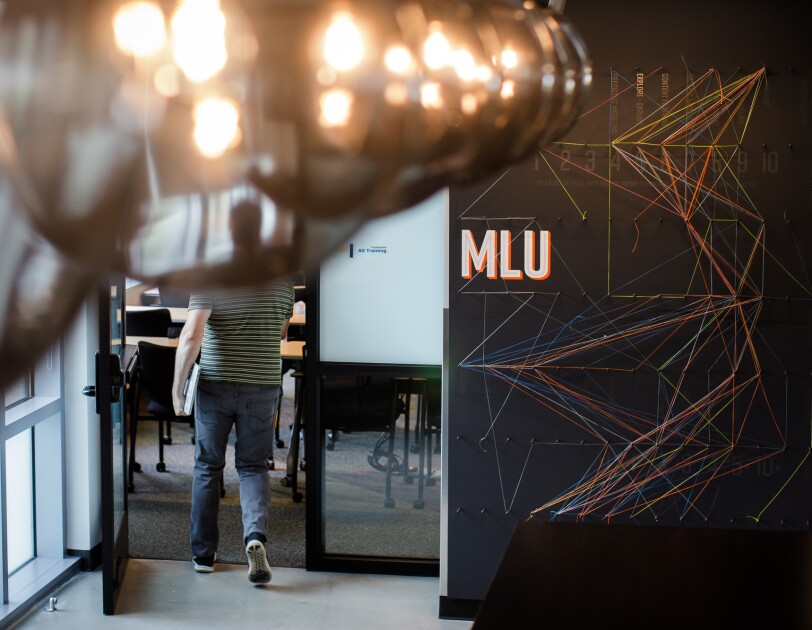 Entering a classroom at MLU.
Photo By JORDAN STEAD 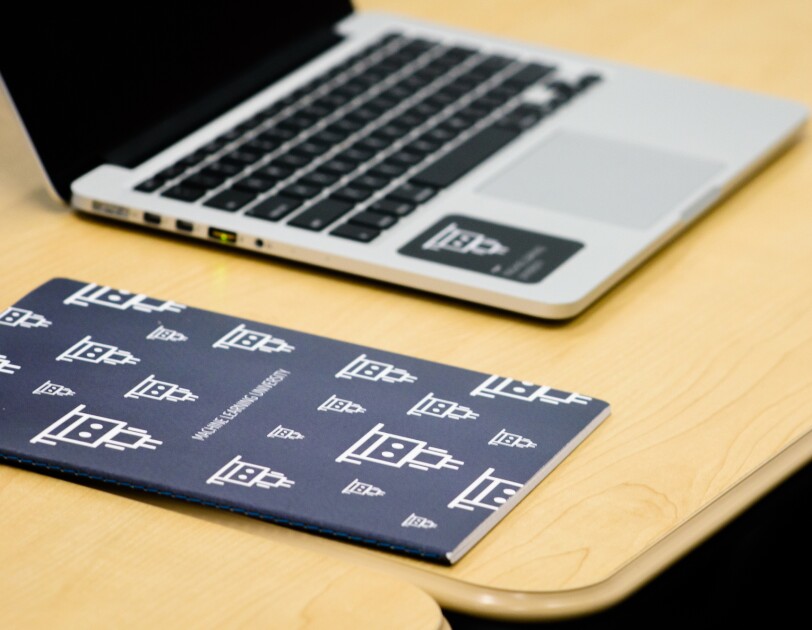 Machine Learning University students get swag like the notebook and sticker shown here and a healthy amount of homework (not pictured).
Photo By DAVE QUIGG 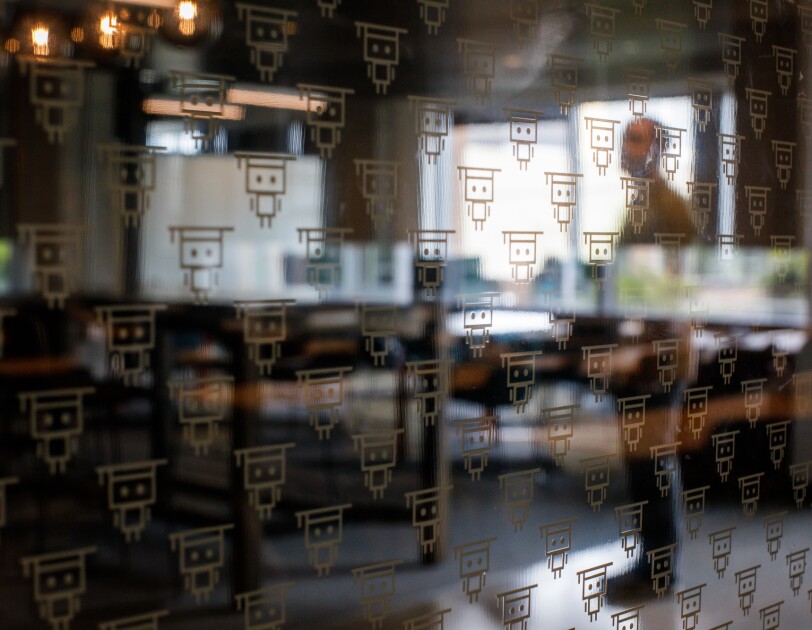 The MLU logo adorns the glass walls that separate the classrooms from the large common area where students meet up to collaborate on homework.
Photo By JORDAN STEAD 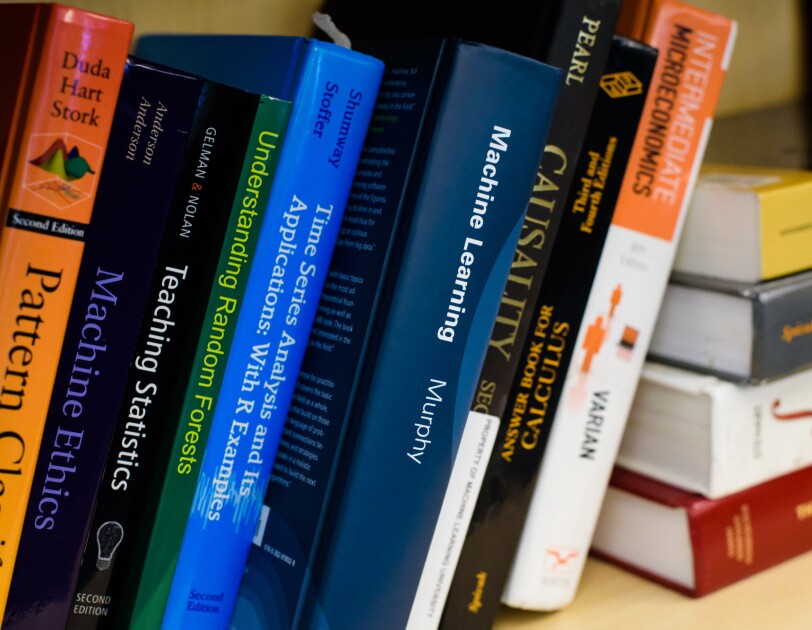 Big ideas on a bookshelf at Machine Learning University.
Photo By DAVE QUIGG

"Every MLU student has had to talk with their manager and get approval to be here and learn these things," Werness said. "That's fantastic because the most important thing, when you're teaching a class, is having a fully committed student base."

MLU exists to take students on a "long, deep path through education," Werness said. "It's not just 'type these five lines of code in, and then you'll be able to get a result.' We're trying to teach them how all these systems work."

After Brunner completed MLU's curriculum as a student, then returned to give back by serving as a volunteer teaching assistant, the abracadabra is gone. In a good way. "It's not magic. Its math," Brunner said.

These words got big nods of agreement and spurred an animated conversation between Brunner and other current MLU students. One was Hernandez, who noted that the math they're learning will help them build and invent and fine-tune so many things in the decades to come. "We will be part of that story," she said.

Working at AmazonBig data analytics
About the Author

Before joining the Amazon Stories team in 2012, Dave Quigg’s jobs included newspaper reporter, blogger, writing tutor, and stay-at-home dad.
How did you like this story?
Yawn
It's OK
It's Good
It's Great
I love it!
Thanks!
Working at Amazon