Gardener in the summer, associate in the winter

Successfully balancing a seasonal business: every year, at the end of summer, John Sheerin leaves his gardening activity to join forces with Amazon associates in Doncaster’s FC and delight customers over Christmas.
By EU Amazon Stories Staff

The months leading up to Christmas, a period Amazonians refer to as peak, are the most exciting time of the year in Amazon’s fulfilment centres (FC). They are also the busiest, with millions of customers all over the world shopping for gifts for their loved ones: in the UK, in previous years, we have sold over 5,000 items per minute on Black Friday! This is why all hands are needed on deck and, in addition to the thousands of associates permanently working in fulfilment centres across the UK, temporary associates come in for the season to offer a helping hand. John Sheerin, from Doncaster, is one of them: a peak veteran (this year will be is his eighth), but also a successful entrepreneur who found his pace by balancing two seasonal jobs.

From the garden to the warehouse

John decided to start his own garden maintenance business 14 years ago, after a decade in the Armed Forces. “I had always enjoyed gardening and I wanted to give it a try. To my surprise, my agenda started filling with appointments from the very first week!” he recalls. With time his business, called Green Fingers, flourished: by now, John has around 60 regular customers keeping him busy in spring and summer. “I love my job: I enjoy working outdoors and meeting people. Some of my regulars have become almost friends,” he says. There is only one downside: the work is seasonal. “Around September, the grass stops growing. As a father of two, my problem was to find some kind of winter work to supplement my income, yet retaining the flexibility to come back to my business in spring.”

John went through several seasonal jobs, mostly in local factories and warehouses. “It was hit and miss. Some places were good, some less,” he recalls. Then, in 2010, the first Amazon site opened in Doncaster. “The building was huge, it was impossible not to notice it,” he remembers. “I was curious to find out what was happening inside.” Eager to try something new, John applied and got hired by an agency as a temporary associate. His first role was in the inbound sector, receiving pallets of products that were sold on the Amazon website. “What impressed me the most when I got in was how professional everyone looked. There were no oil leaks on the floor, nobody shouting or running about: everyone knew what they were doing.”

John remembers fitting in quite easily: “We went through an induction process, called ‘Day Zero’: we received health and safety training and were taken on a tour of the building. I felt part of the group straight away.” Temporary associates worked side by side with permanent Amazon staff.

He participated in the fun activities organised during peak (“Once we had a Michael Bublé sing-along,” he says) and got to witness behind the scenes of days like Black Friday: “You can tell when there’s a good offer on certain items, because you can literally see them fly out of the door. I have seen pallets being emptied in a matter of hours! But it’s a sleek operation, there is no panic: it’s a well-oiled machine.”

At the end of that year’s peak, it was time for John to make a choice: “I ended up enjoying it more than I thought I would. I was offered a permanent position, but spring was around the corner and I was looking forward to going back to my business,” he says. “So I said ‘thank you, I’ll see you in the autumn’. And that is what I have done ever since.” 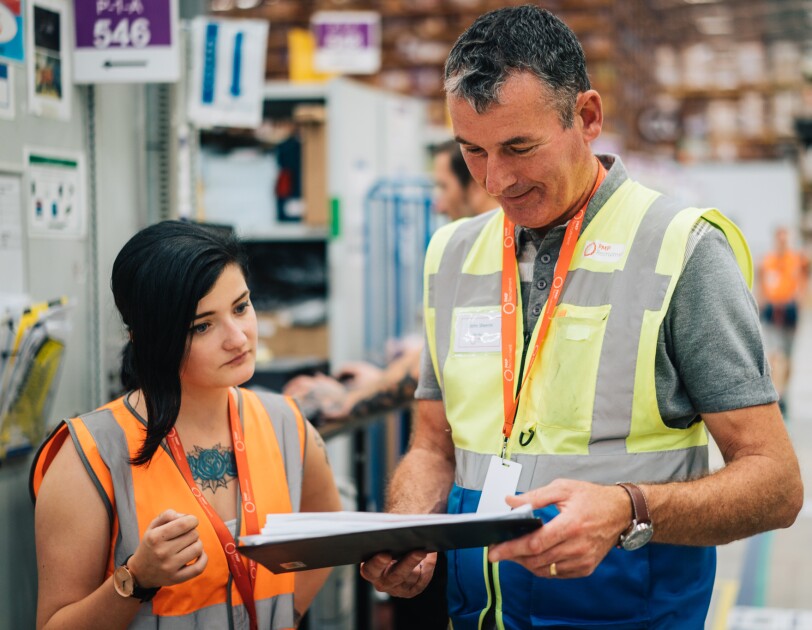 John is now working as a Health and Safety manager: he walks the floor to ensure new temporary associates are working safely.
Photo By Dominic Martin 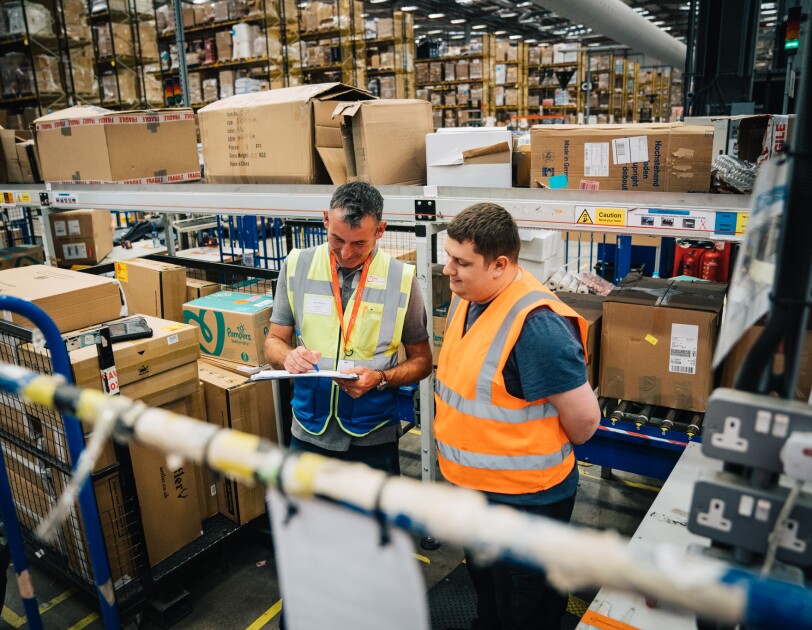 John is a peak veteran: this year will be his eighth.
Photo By Dom Martin 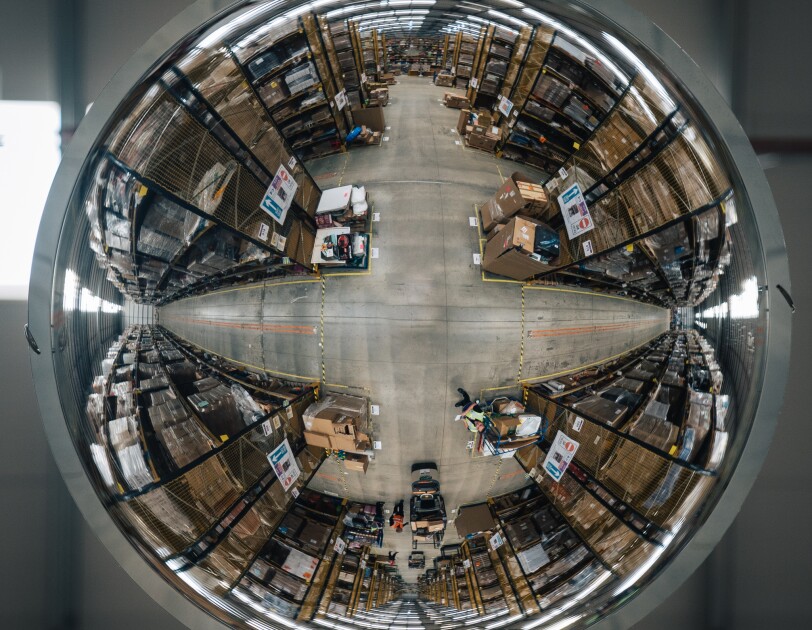 In the years that followed, John covered various roles: from inbound to reach truck driver and packer. As his expertise grew, he was invited to step up and become a coach, helping new temps from his agency settle in – a job he particularly enjoyed. Now in his eighth peak, John is a Health & Safety manager, walking the floor to ensure new temporary associates are working safely. “I walk around and check in with all the newcomers, see how they are doing and if they have any questions two weeks after their Day Zero. We don’t want anyone to feel isolated.” The plus? “You get to know everybody and when, after a few days, you see them in the canteen making friends, it is really rewarding.”

In the meanwhile, three more Amazon sites have opened in the area. “It is lucky that the company has invested so heavily in Doncaster. People are obviously curious about this presence, I get questions all the time from family and friends. I always tell them to come and take a look for themselves, and to apply if they like what they see.” Over time, John has seen several fellow temps come back year after year, many moving into a permanent role as Amazon employees: “Some have progressed and become managers,” he says. But for him, the seasonal arrangement has been working just fine: “It has been perfect: just as my normal work is naturally slowing down, Amazon is in need of additional help. Come spring, I can go back to my interests.” Besides managing his gardening business, John is actually a keen runner: “My 14-year-old son got me to try, and I found I really liked it. This year, I have run three half-marathons and a full marathon: the sense of achievement is amazing.”

When asked about his wish for the future, John thinks for a moment. “If this year I was offered a permanent position again, I might be tempted to take it,” he admits. “Climate is changing, this past year has been challenging for gardeners, and I feel I am getting to an age when I would like to ‘settle down’. This time, I could see myself staying.”

Associates Amazon StoriesFulfillment centerEmployees
How did you like this story?
Yawn
It's OK
It's Good
It's Great
I love it!
Thanks!
Working at Amazon

Starting a new job and joining a new team from a distance has become a challenge to both employers and employees. Read how Amazon is making on-boarding work - online and virtually.
Continue reading
X
Out for Delivery
Thank you!
Please try again
Quick news and rich insights from inside Amazon, delivered directly to your inbox every few weeks.
Check your inbox shortly for your very first Out for Delivery email. We’ll reach out every few weeks with more.
If you’re not redirected back to the blog in a few seconds, click here.
Looks like we had some trouble authenticating your entry. Let’s try again...
Amazon Privacy Policy | Opt out anytime
Return to video player ➡ 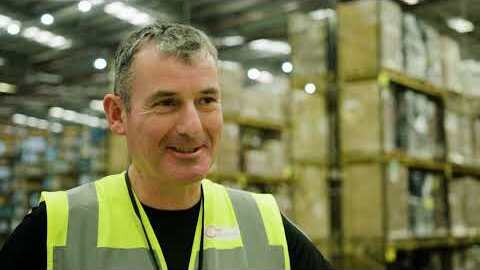 Gardener in the summer, associate in the winter