Amazonian María Jover has become the personal trainer of many of her colleagues with her training sessions inspired by the BBG (Bikini Body Guide) method, from Australian “fitgirl” Kayla Itsines.
By Day One Team

Before isolation began, Amazonian María Jover worked out regularly, following the BBG (Bikini Body Guide) method. María tells us “the training sessions are short, they last less than half an hour, can be done anywhere and have been very successful on social media.”

“I began BBG almost three years ago and when isolation began I decided to carry on with the method from my house. It was very important to me that I stay in shape,” María explains. “It was then that the Connect@Amazon Madrid team, led by Juan Baiz, suggested I live stream the sessions I do at home for all my colleagues.” 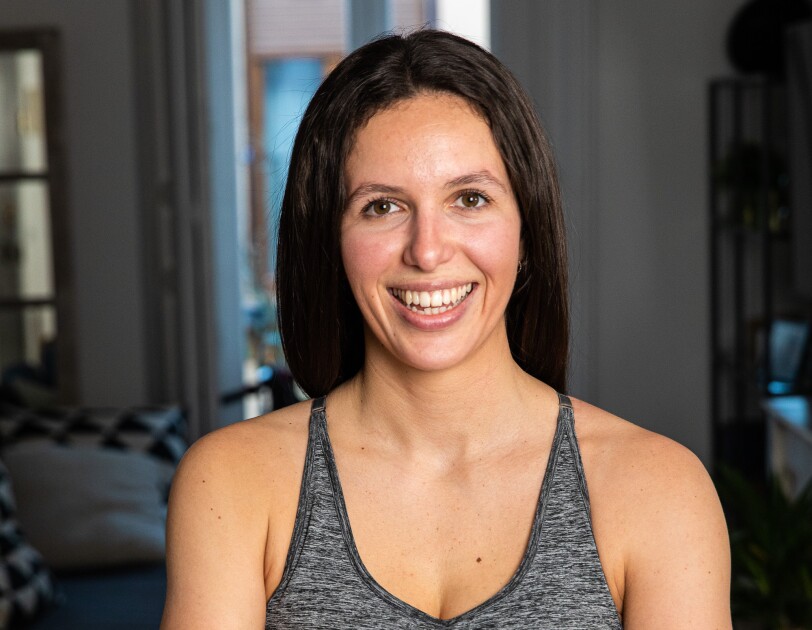 To date, María has given more than 20 classes with over 300 participants.
. 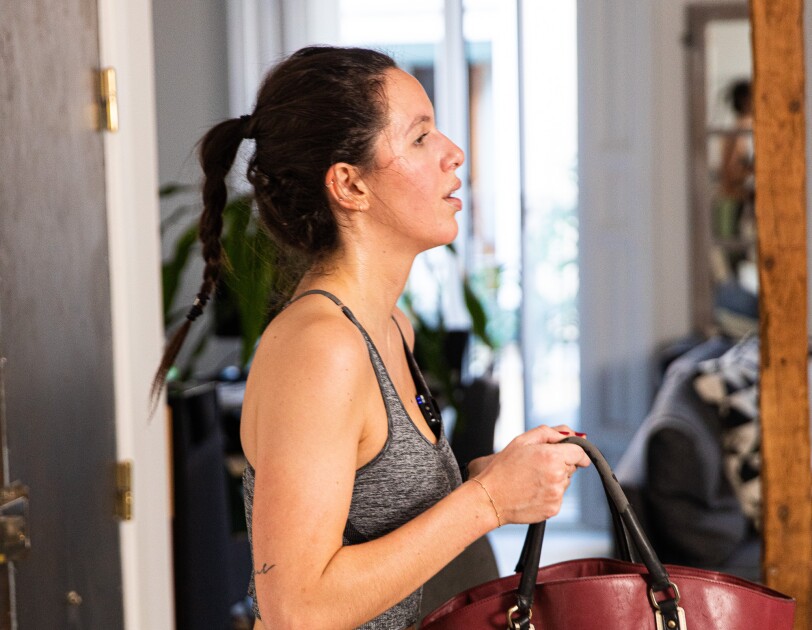 María Jover has run over 20 sessions for her colleagues. 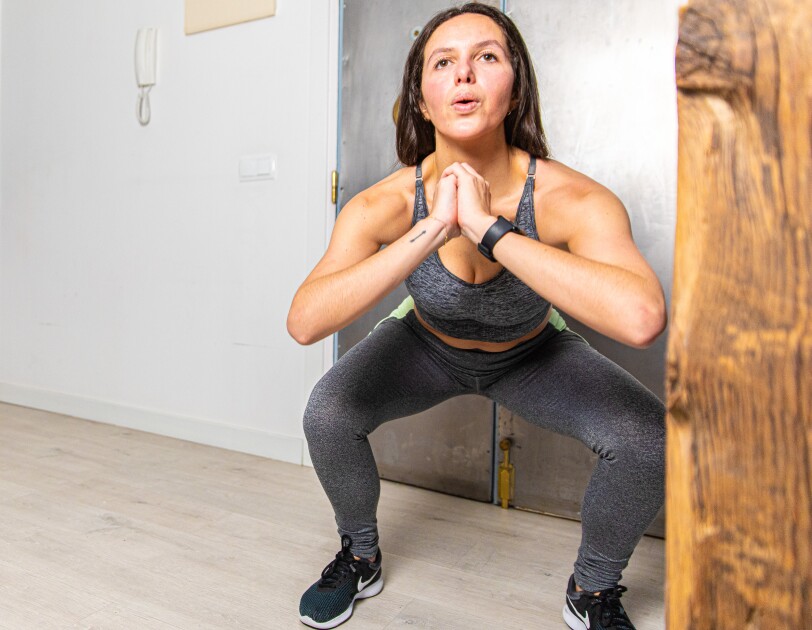 Connect@Amazon is a group of employees who work independently and voluntarily to create a community in cities where the company has corporate offices. The group was born in Seattle six years ago and it came to Spain three years ago. These days there are more than 40 groups all over the world, with almost 40,000 Amazonians involved.

Connect@Amazon Madrid’s activities over the years have included: “A talent contest for employees, inspirational talks with young entrepreneurs and networking sessions with live bands. We organise these activities throughout the year and they work to make sure colleagues get to know each other, broaden their networks and enjoy Amazon in other ways,” Juan explains. If you’d like to work at Amazon, you’ll find more information here.

Exercise in times of pandemic

And María took up the challenge of offering sessions inspired by Kayla Itsines’ BBG method from her own home, using just a computer and common accessories as milk cartons or bags of sugar. Twice a week she connects with all her colleagues and becomes their personal trainer: “At first I was very embarrassed, but when I saw how much everyone got involved, I soon relaxed.” 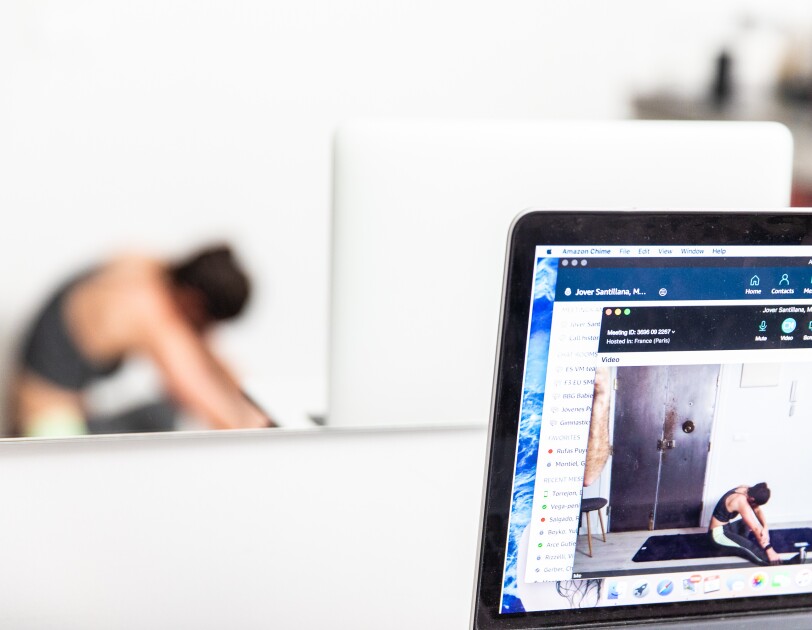 In each session, María Jover works a different part of the body. 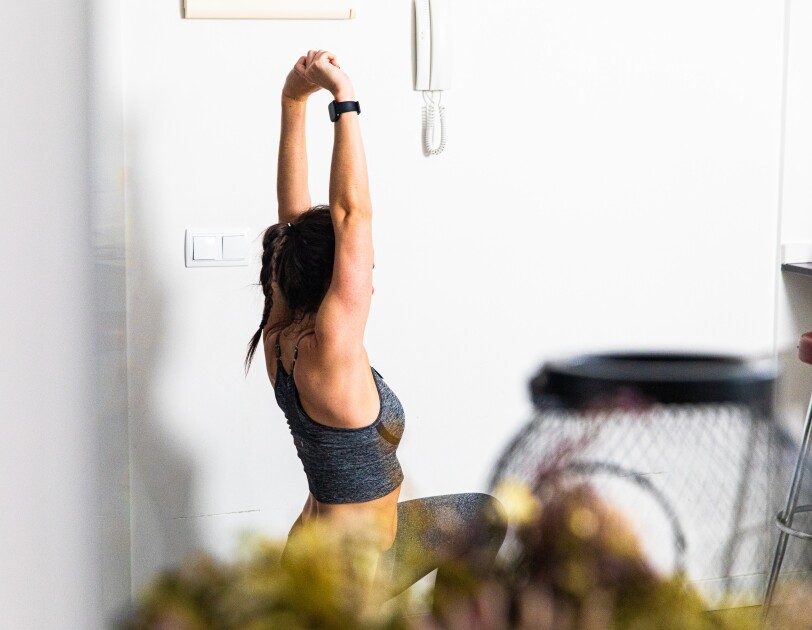 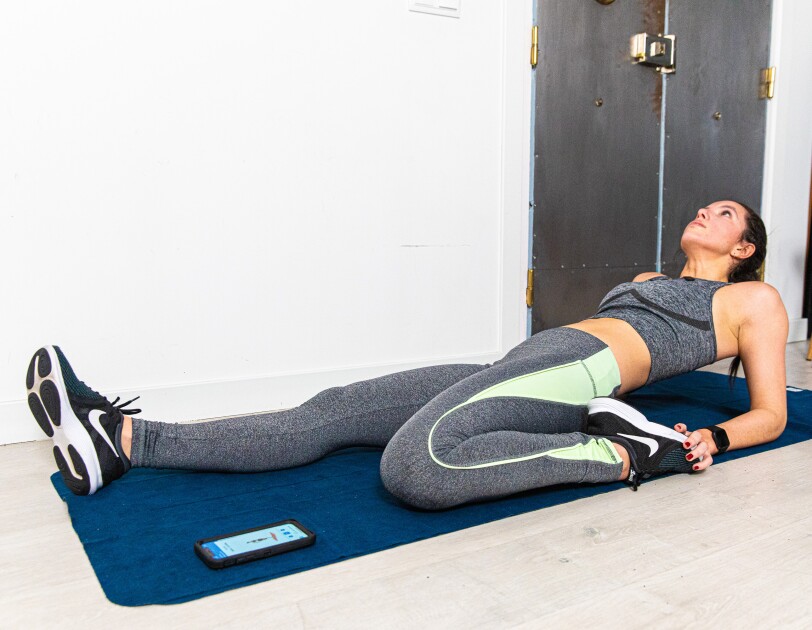 Zaira Pérez from Connect@Amazon Madrid is a friend of María’s. The two went to the gym together.

Each session works a different part of the body. “The success of this training method is that it lasts 28 minutes (two circuits of four exercises and the circuits are 7 minutes each, with each one being completed twice) and can be done from anywhere,” María assures us.

So far, more than 300 Amazonians have participated in at least one of the 20 sessions. “We are very proud of the Stay Fit & Connect initiative. It’s been a success for María, with the support of Connect@Amazon Madrid,” explains Juan. And Zaira, between laughs, adds: “As well as being part of the Connect@Amazon Madrid committee, I’ve also become María’s exercise manager: I organise the calendar of sessions and manage the email account to invite the participants.”

Isolation led Connect@Amazon Madrid to organise online activities for the first time, as well as co-organising events with other groups of Amazonians, for example, the team in Milan: “And a good example of that is the Italian-Spanish coffee tandem: an activity which randomly forms linguistic pairs who stay and talk for half an hour,” Juan explains.

After the success of shared activities between Madrid and Milan, Amazon has created a virtual global platform with a single calendar which includes all the activities that Connect@Amazon groups organise worldwide.