The future we choose

Why it’s not too late to survive the climate crisis.
By Day One Team

The architects of the Paris Climate Agreement and co-founders of The Climate Pledge — a commitment also co-founded by Amazon for companies to meet the Paris Agreement 10 years early — spoke to us ahead of Earth Day about their new book outlining the changes we can all make to manage the climate crisis, which are especially applicable in a world now impacted by the COVID-19 pandemic.

You can see climate change as the greatest threat that humanity has ever faced. Or we can see it as our greatest opportunity. We cannot afford to waste that opportunity.

In 2015, in her role as UN Executive Secretary for Climate Change, Christiana led a historic multilateral effort to unify 195 countries in the Paris Climate Agreement — the world’s most far reaching global climate accord. With the support of political strategist Tom Rivett-Carnac, Christiana successfully orchestrated a long-term agreement aiming to keep global temperature rise this century to well below 2°C.

Taking this challenge a step further in 2019, Christiana and Tom’s organisation Global Optimism teamed up with Amazon to co-found The Climate Pledge. Amazon became the first signatory of the pledge, which calls on signatories to be net zero carbon across their business by 2040 — a decade ahead of the goals set by the Paris Agreement.

“We’re done being in the middle of the herd on this issue—we’ve decided to use our size and scale to make a difference,” said Jeff Bezos, Amazon founder and CEO, after signing the Climate Pledge in September 2019. “If a company with as much physical infrastructure as Amazon—which delivers more than 10 billion items a year—can meet the Paris Agreement 10 years early, then any company can.”

Christiana believes businesses will play a leading role in the next ten years. Discussing The Climate Pledge she says she was, “thrilled to be approached by Jeff Bezos when he announced his intention to accelerate the timeline of the Paris Agreement. It was music to my ears. By setting a more ambitious target, we set a higher expectation for businesses around the world and puncture the myth of impossibility."

Tom explains how business can lead transformation: “The impact from business cannot be understated. Sometimes it’s difficult for politicians to progress ideas at speed. But businesses can be innovative, they can invest, they can plant trees, and they can change the normative ideas that define our world and our economy.”

Christiana and Tom have written a new book, The Future We Choose: Surviving the Climate Crisis, with an optimistic message of how we can create a thriving future for all by working quickly, collaboratively and by adopting a positive mindset.

Christiana was inspired to act on climate change through her upbringing in Costa Rica. “In the national parks of my home country as a child, I witnessed the beautiful golden toad. But by the time my daughters were that age, this fantastic species had disappeared. It had become extinct due to manmade changes in the landscape and a rise in global temperatures.”

“That moment of realisation impacted me greatly. I realised that I was handing on to my children a world impoverished compared to the one that I had inherited. From that point on, I devoted my life to working on the challenge of climate change.”

In the 2000s, Christiana started looking for “a provocative, different sense of thinking” for strategic support. She was introduced to Tom in New York, and they quickly became colleagues. “I realised that he had none of the skills or the experience for the job,” Christiana jokes, “but he had something much more important. Tom has courage, clarity of thought and a whole-hearted commitment to collective action.”

Tom’s own inspiration came when travelling the world as a child with his father, a petroleum geologist, looking for oil. “I was aware of the intersection between energy, society and environment,” he explains. “I witnessed some of these changes first-hand, and I learned about the underlying political and economic processes that have resulted in climate change, and which will inform our response to it.”

The Future We Choose

Christiana and Tom have co-authored The Future We Choose because they believe we are entering the most consequential decade in human history.

"That sounds like an exaggeration, but it’s not,” explains Tom. “By 2030, we need to have reduced our current emissions by half in order to stay on track with limiting climate change to reasonably safe levels.”

The book outlines three key areas. First, what is at stake over the next decade and what kind of future we will face, depending on which path we choose. Secondly, how we can all adapt our attitudes to help us play a more optimistic, positive role in this great transformation. Finally, the practical steps we can all enact to ensure we participate in this change.

Christiana explains: “We are facing two possible worlds. One of breakdown and conflict, of floods and disasters that will be closer to home than we could have imagined, a world where hope slips away. Or a world that is renewed and regenerated, where forests have regrown and cities are remade, where your children are not afraid to have children of their own.”

The co-authors do not deny that the challenge may be daunting, but they also do not agree with the idea that we are already doomed, or that humanity is incapable of responding. “Quite the opposite in fact,” says Christiana. “We’re fully convinced that we can not only avert the worst of the climate crisis through a change of mindset and the ten actions outlined in this book, but actually create a world that is better than the one we have now.”

Reasons to be optimistic

Christiana and Tom were both inspired by their own children to act, and they see the new movement of young people demanding action on climate change as a powerful tool for change.

“It’s brilliant to see the younger generations hold us, the older generation, accountable,” explains Christiana. “They bring a different energy to the issue – not least because those young people are future customers, employees, voters, and inventors. We can all vote with our money via the products and services we choose to buy, and increasingly we see younger generations demand a higher standard from businesses and governments. Sustainability commitments are becoming non-negotiable for many citizens. That’s a powerful force for change.”

Tom’s advice for those anxious about climate change is to, firstly, “take action and begin with your own life, by adapting your diet, checking your emissions at home, and maybe adapting your transport. By taking action, we feel a sense of empowerment.” Secondly, he wants readers to put the book down, “with a renewed sense of how meaningful life can be, how valuable the natural world is, and that we can have a real impact right now. Stepping out into nature is a great way to reconnect with the world around us.”

Christiana’s message to readers is urgent and pragmatic: “Future generations will look back at this moment in history and realise that we lived at a crossroads between two possible worlds. We can no longer afford the luxury of feeling powerless in the face of this challenge. We all have more power than we realise. Now is the time to choose our future.”

Earth Day is celebrated every year on 22 April. 2020 marks 50 years of Earth Day, with this year’s theme focused on climate action.

Find out more about The Future We Choose.

Sustainability
How did you like this story?
Yawn
It's OK
It's Good
It's Great
I love it!
Thanks!
Amazon Web Services 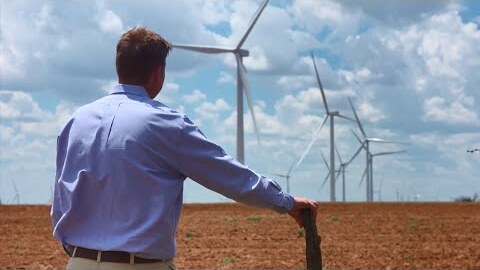 The Future We Choose: why it’s not too late to survive the climate crisis