“Writing a book about lockdown helped me cope with the crisis.”

As the Covid-19 pandemic hit, bestselling KDP author Suzy K. Quinn turned to writing to deal with her own feelings of anxiety and helplessness. She channelled those feelings into her new novel, and found it helped her cope with the new normal.
By Day One Team

When 2020 began, novelist Suzy K. Quinn was working on the sixth installment of her bestselling Bad Mother’s Diaries. The series, which casts a humorous eye on motherhood and romance, has been a favorite on Amazon’s Kindle Store since 2013. Then, as the coronavirus swept the country and Suzy had to adapt to lockdown life, including home schooling her children and dealing with a nearly constant stream of concerning news from all over the world, her book’s plot started to change too. What was originally meant to be The Bad Mother’s Wedding turned into something more complex and attuned to the new reality – something that would not only allow Suzy to harness her creative energies and confront her feelings of anxiety, but also, ultimately, to cope with the crisis.

How? To begin with, and to quote the author, laughter is good for the immune system: “I was very anxious. There were ok days, and really bad ones. I wanted to write something that could lift myself and other people up, I thought that we all needed a happy ending,” she explains. Moreover, wanting to help in a tangible way, Suzy decided to donate all the profits from the sale of her new novel, The Bad Mother’s Virus, to support COVID-19 heroes – both frontline workers and researchers developing a vaccine. In more than one way, reading this book would do good. “Having this project was very calming. Writing helped me focus my energies,” she says.

Between traditional and independent publishing

Suzy’s love of writing goes back to her childhood years. She was only seven when she entered her first competition, together with her twin sister Cath (who is also a bestselling author). “The jury couldn’t choose between our works, so, in the end, we both won. It was the perfect ending,” she recalls. It was only the beginning: growing up, Suzy worked as a journalist and ghostwriter, and, at 30, she signed her first deal with a traditional publisher for a psychological thriller, Night Girls. It was a dream come true: “I had received a substantial advance, it was very exciting. I thought: I have made it, I am a novelist now!” She was, although things didn’t go exactly as planned. “The book sold just ok, the advance for my next novel was smaller. It felt as if I hadn’t done very well,” she remembers. When, after initially supporting the idea, her publisher turned down her new novel, The Ivy Lessons, a teacher/student romance that was quite far from the genre Suzy had debuted in, she decided to take matters into her own hands.

Around that time, authors were discovering independent publishing as an alternative to traditional deals. Suzy decided to try it “out of sheer annoyance”, she explains. She chose Kindle Direct Publishing (KDP), Amazon’s self-publishing service. “It was pretty straightforward,” she says. “I just put the book out there. To be honest, I didn’t think anything would happen.” Reviews immediately started appearing, with many five-star ratings and some criticism, too. “The negative reviews made me feel embarrassed. I nearly took the book down,” she explains. She did something better: she used them to improve. “I rewrote some parts of the story, something I couldn’t have done with a traditional publisher. From there, it sort of exploded – the book sold, sold, and sold.” The Ivy Lessons became a number one best-seller romance on Amazon’s Kindle Store in the UK and the US, a success topped by The Bad Mother’s Diaries, which Suzy wrote after having her second child. Today, her books have sold over ¾ million copies worldwide, and they have been translated into seven languages.

As a published and self-published novelist, she enjoys the best of both worlds. What she loves about self-publishing is the freedom it offers authors: “It’s liberating: you are in control, in the best way. If you have an idea, you can just go for it. This kind of freedom that has allowed me to experiment with three different genres, for instance, or to donate all the profits from my latest book, no questions asked.”

Change as fuel for creativity and action

Suzy didn’t find it difficult to maintain a creative drive under lockdown. “As an author, I thrive on change. Change is fuel, it’s a stimulus. I chose to welcome it rather than becoming defensive,” she explains. “I found stories everywhere, in my daily life, in friends’ anecdotes, in the news – they were just waiting to be told.” Writing became Suzy’s own panacea, allowing her to confront her feelings and to filter reality through the familiar lens of comedy. It gave her back a sense of purpose and agency – providing a way to contribute concretely to the fight against the virus: “I really wanted to help. Being able to do so with a book… it feels amazing.”

Small businesses on AmazonCOVID-19
How did you like this story?
Yawn
It's OK
It's Good
It's Great
I love it!
Thanks!
Working at Amazon 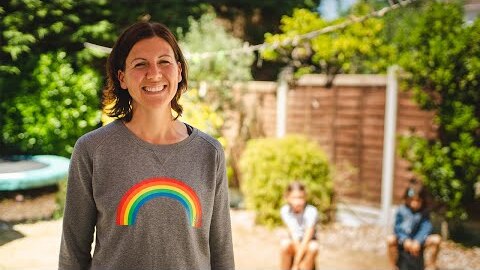 Writing a novel about lockdown helped me cope