Virtual reality with guts: British startup unlocks the magic of science for children

Using augmented reality technologies to make science more accessible and fun for children and adults alike is the mission of Curiscope, the startup founded by Brighton-based Ed Barton and Ben Kidd.
By EU Amazon Stories Staff

At first sight, a Virtuali-Tee looks just like another t-shirt. However, its colourful design is decorated with little QR codes tactically placed to resemble a human ribcage. Aided by the camera lens of a smartphone or a tablet, the true magic of the Virtuali-Tee is revealed through the Curiscope app, allowing viewers to get quite literally under the skin of the t-shirt wearer. This cool new technology allows children to explore their own anatomy with various degrees of interaction, such as zooming in on the 3D image of their beating heart to discover how it works. It’s like an x-ray vision gadget from a 60s sci-fi novel, only sleeker, modern and in the shape of a t-shirt with an app designed for kids (and curious adults, too).

“Virtuali-Tee is a completely unique and magical way to learn about the human body,” explains Ed Barton. Just under 30 years old, Ed is one of the minds behind Curiscope, the Brighton-based startup producing the virtual t-shirts. “The beauty of virtual reality technologies is that they let us experience the world in a new way. Like having access to an enhanced, magical version of reality.”

‘Magic’ is a word Ed uses a lot when it comes to describing the essence of Curiscope and, in general, of virtual and augmented reality (VR and AR). And perhaps it was a sprinkle of magic that brought Ed and cofounder Ben Kidd together in the same advertising agency 10 years ago. They shared a fascination with virtual reality and the desire to eventually build a company of their own. Their professional paths crossed several times before the right idea came along.

Ben had produced a 3D video that allowed viewers to virtually dive inside a car engine and discover how it works, an experience designed to inspire the next generation of engineers. “There was something different about it, it was exciting. It made you want to become an engineer,” Ed recalls. The second spark came as they were working together on a VR project for a renowned automotive brand. Their video recreated the adrenaline of a lap around the racing circuit of Le Mans, in France. It quickly went viral, capturing the attention of technology companies like Samsung and Google and attracting millions of users that had probably never heard about mixed reality before, but who loved the experience. For Ben and Ed, it was an eye-opener: not only had VR the potential to become a powerful learning aide – it could also go mainstream. 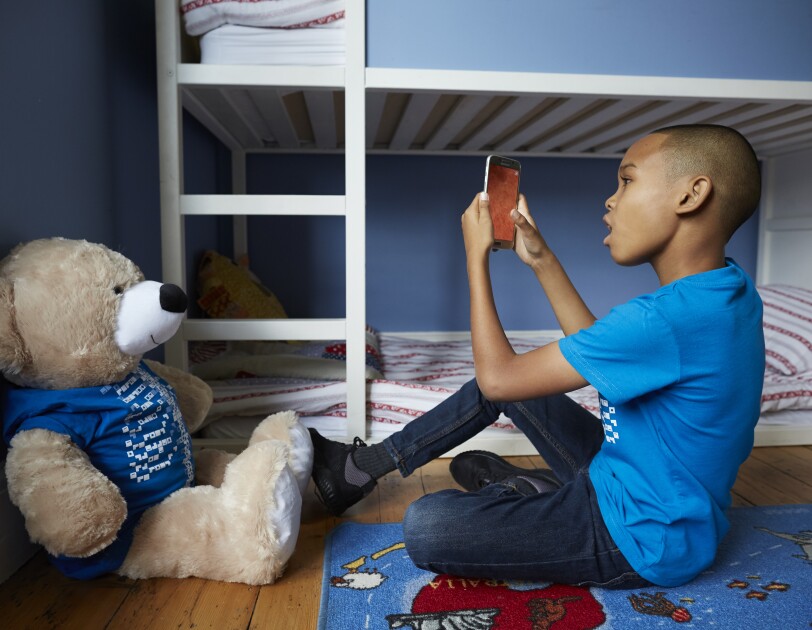 Ed and Ben keep working on inventions to help children across the globe fall in love with learning. 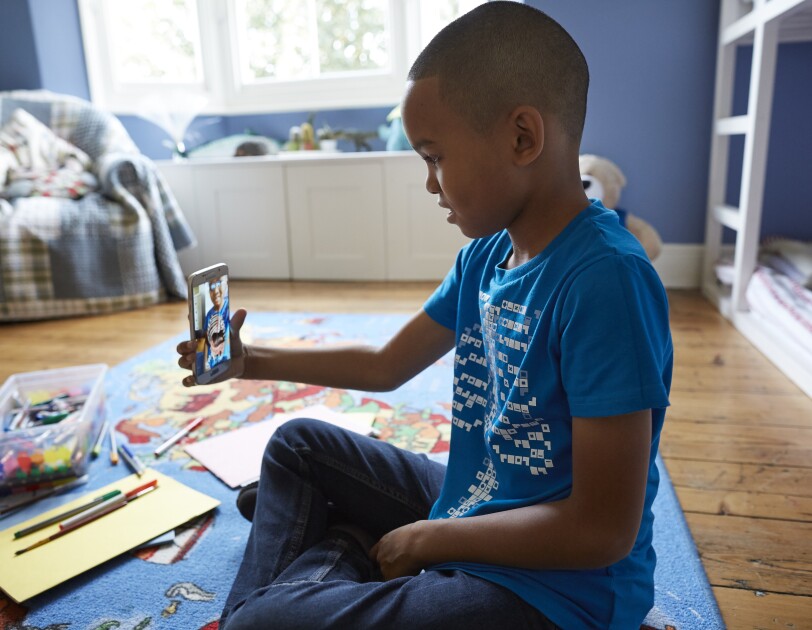 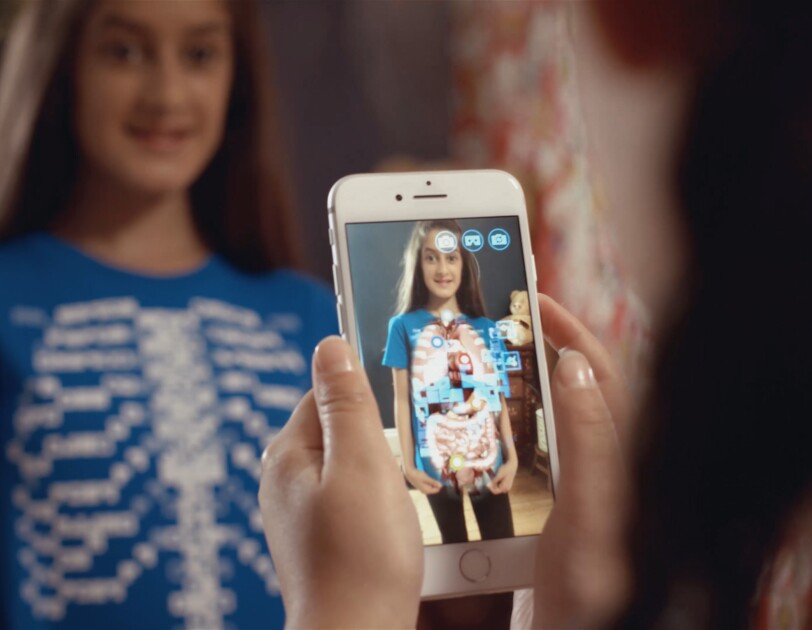 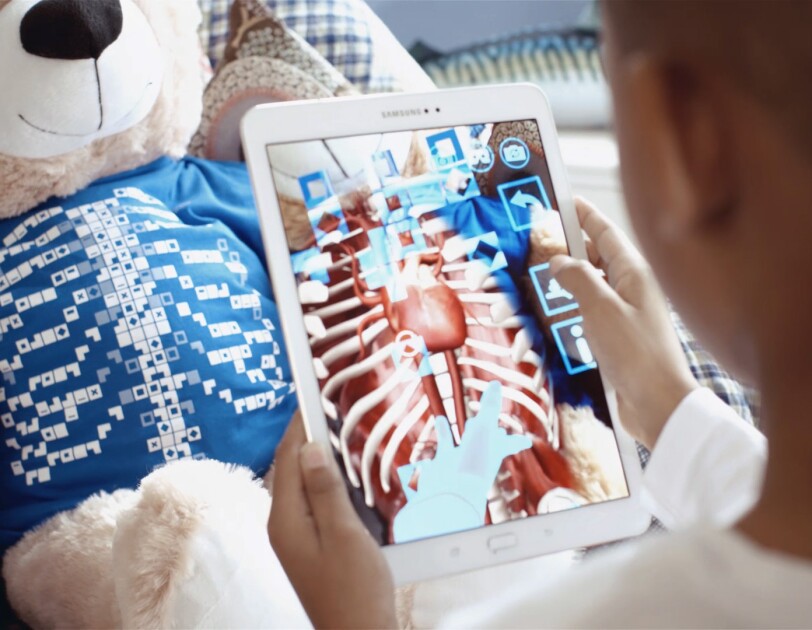 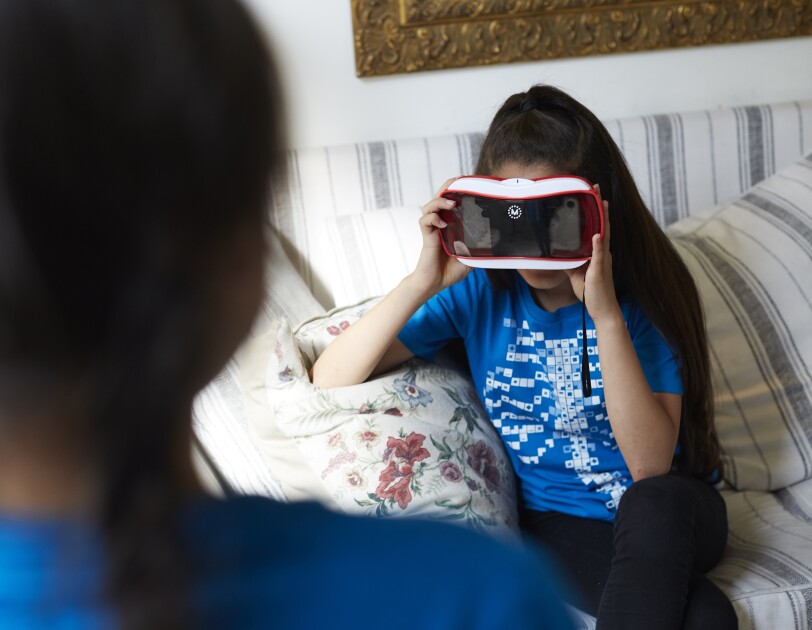 Encouraged by the success of those first projects, the duo decided to give their entrepreneurial instinct a chance. If virtual reality experiences can create engagement and reshape the way people feel about the world, why not use them to break some barriers? “We asked ourselves: what are people disconnected from? Oddly enough, the answer was our own bodies. People smoke, eat poorly or don’t exercise because they don’t understand how the human body works. Human anatomy is amazing, but in school you only learn about it through books,” says Ed, who comes from a family of teachers. “It is really hard to create an emotional connection in that way. That was my experience as a student. Only as a grown up did I start to become fascinated by science. Ben and I decided we would design the tools we would have wanted back when we were kids. Products for people who are curious and open-eyed about the world around them.”

As a physical prop for the experience they had in mind, the duo chose the simplest of products: a t-shirt. “We wanted something that anyone could afford, even if that meant moving away from the most sophisticated technologies. This was about bringing science to everyday life.” They tested various models, ironing countless transferable designs on their cotton t-shirts. They wore prototypes at fairs and events, holding a tablet in front of their chests to grab people’s attention. To raise money for Curiscope they launched a crowdfunding campaign on Kickstarter, where they found a number of enthusiastic backers around the world. “It was tough. We worked hard all day, and then continued into the night to engage with our audience in the US,” Ed recalls. “We were exhausted, but the reaction of open-mouthed wonder when kids tried our t-shirts on – that was priceless.”

A Launchpad to the world

In 2017 Curiscope started selling online through Amazon Launchpad, a programme specifically designed to help startups bring their innovative products to market. “Our background was in advertising, video production and tech, but definitely not in sales! We felt like we came from a different world. Launchpad bridged that gap for us: having an account manager and benefitting from Amazon’s reach was invaluable help.” Today, Amazon accounts for about 60% of Curiscope’s sales, with the t-shirts selling all over the world. The startup has also established collaborations with institutions like the Science Museum of London to organise themed experiences and demos for children.

But x-ray vision was just the beginning: next on Curiscope’s menu are time travel and teleportation, too. Their most recent invention is a VR-enhanced book, designed in cooperation with publisher Dorling Kindersley: “Imagine an interactive book that can take you back to the prehistoric era, or plunge you to the darkest depths of the ocean.” True to their vision, Ed and Ben will keep inventing and developing products to change the way people perceive the world. After all, plain old reality can be a lot more exciting than fiction, if you look at it with the right lens. It’s all in the augmented eye of the beholder.

Amazon LaunchpadInnovationSMEEntrepreneurshipAmazon Stories
How did you like this story?
Yawn
It's OK
It's Good
It's Great
I love it!
Thanks!
Community engagement

These donations are part of Amazon’s broader ongoing efforts to support customers, employees, and communities in Europe and around the world.
Continue reading
Working at Amazon

A roundup of actions Amazon has taken to reduce the spread of the coronavirus while supporting those directly and indirectly impacted by COVID-19.
Continue reading
Working at Amazon

Amazon is focused on hiring well, rather than hiring quickly. The Bar Raiser Programme is just one example of why our hiring process is unique.
Continue reading
X
Out for Delivery
Thank you!
Please try again
Quick news and rich insights from inside Amazon, delivered directly to your inbox every few weeks.
Check your inbox shortly for your very first Out for Delivery email. We’ll reach out every few weeks with more.
If you’re not redirected back to the blog in a few seconds, click here.
Looks like we had some trouble authenticating your entry. Let’s try again...
Amazon Privacy Policy | Opt out anytime
Return to video player ➡ 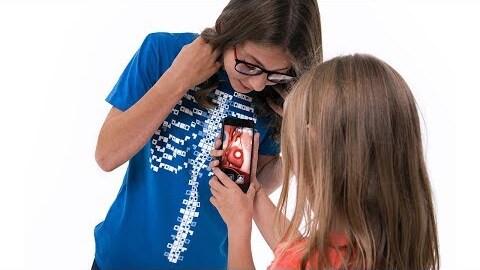 Virtual reality with guts: British startup unlocks the magic of science for children