What is the secret to growing the perfect beard? “There are many,” laughs Keval Dattani, also known as Kev. “The first one is patience. You need to let your beard grow to at least one inch and a half of length before you can start doing anything with it.” Kev would know: not only does his own beard look soft and flawless, but he also happens to be a co-founder of Mo Bro’s, one of the leading men’s grooming retailers on the market. His brothers Savan and Kunal Dattani are his partners in crime, co-founders of a successful British family-owned startup.

First hair
It all began in 2014 with a bit of brotherly competition around Movember, the annual charity event revolving around growing moustaches and beards to raise awareness of men’s health issues. The three brothers had challenged each other to grow a beard in support of the cause, but soon discovered that it was more easily said than done: in fact, a few weeks into the challenge, Kev had developed a wild, unruly beard, Kunal’s beard felt horribly itchy and Savan’s was patchy and wispy. They nicknamed each other Itchy, Patchy and Scratchy. “By the end of the month, we had all shaved our beards off,” remembers Kev.

Unhappy with the results, the brothers turned to the internet in search of solutions. “We hoped to find products that could fix our issues, and perhaps a bit of expert advice,” Kev continues. “Surprisingly, we couldn’t find either. So we took it upon ourselves to fill that gap.” After researching ingredients and formulations, the trio concocted their first products – moustache wax and beard oil – and started using them with satisfying results. “We ended up with some extra pots. We thought that maybe someone else out there was facing similar issues, so we created a listing online.” Within hours, that first batch went sold out. “We couldn’t believe it,” Kev laughs. “That’s when we realised that there was a market for what we were doing.”

At that time, Kev was working as an electrician, Kunal was an accountant, and Savan was studying law at university. They quit their jobs without hesitating: “When we were young, our parents didn’t have a lot in terms of material wealth. We were raised with the awareness that the only thing we truly owned in life was our relationship as brothers, and we had always dreamt of working together at some point.” Itchy, Patchy and Scratchy were about to become the first Mo Bro’s.

Our mum raised us with the awareness that the only thing we truly owned in life was our relationship as brothers, and we had always dreamt of working together at some point.

Luscious growth
Besides creating their own website, the three brothers opened a store on Amazon.co.uk. “We were attracted by the possibility to reach customers in Europe and in the US with just a few clicks,” Kev explains. “But we hadn’t realised the audience would be so big!” The brothers adopted several Amazon services that could help them outsource logistics and optimise their customer service, like Fulfilled by Amazon. “Customer reviews are also very important for a small business like ours. Unbiased feedback helps you build your credibility with other retailers, too.”

Initially, Mo Bro’s products were entirely home-made. As sales began to grow from tens of units to hundreds and even thousands, the brothers found that even the combined energies of the whole Dattani family weren’t enough to keep up with customer demand. Eventually they decided to outsource the production and focus purely on developing the business and their formulations. They found a manufacturing partner in Yorkshire, a guarantee that products would remain 100% UK-made: “We only use fresh, locally sourced ingredients," Kev points out.
“The growth has been phenomenal,” he continues: “Today we are a team of 10, and our bearded community includes over 1,500 fans and testimonials around the world, all sharing the same passion and commitment.”

For the Mo Bro’s, the journey has been fast and exciting. Their products are now available in 78 countries around the world, they supply several major international airlines and their startup has been awarded a number of prizes. The brothers have even participated in the TV show Dragon’s Den, earning two juicy offers that have helped them further their growth. In 2018, they have become ambassadors for the Department for International Trade, an achievement that feels like a coronation of their efforts: “When we quit our jobs, Mum and Dad were obviously worried,” Kev recalls. “But the timing was right and our business acumen helped. Now our parents are very proud of us. They didn’t have a lot, but now, against all odds, we’ve made it.” 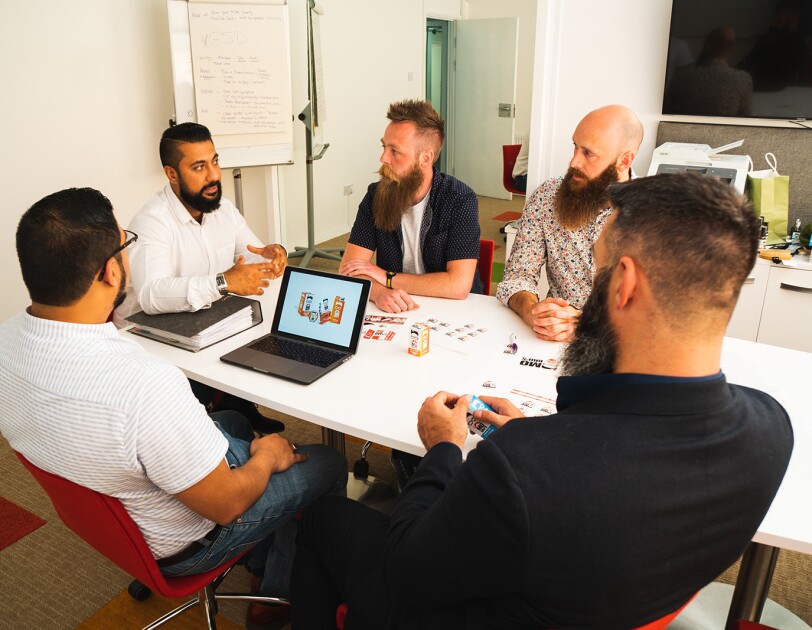 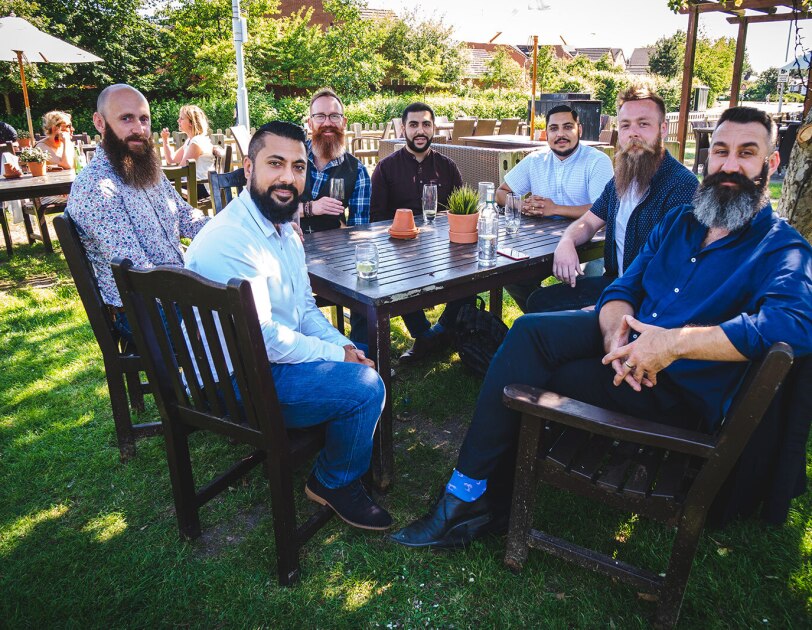 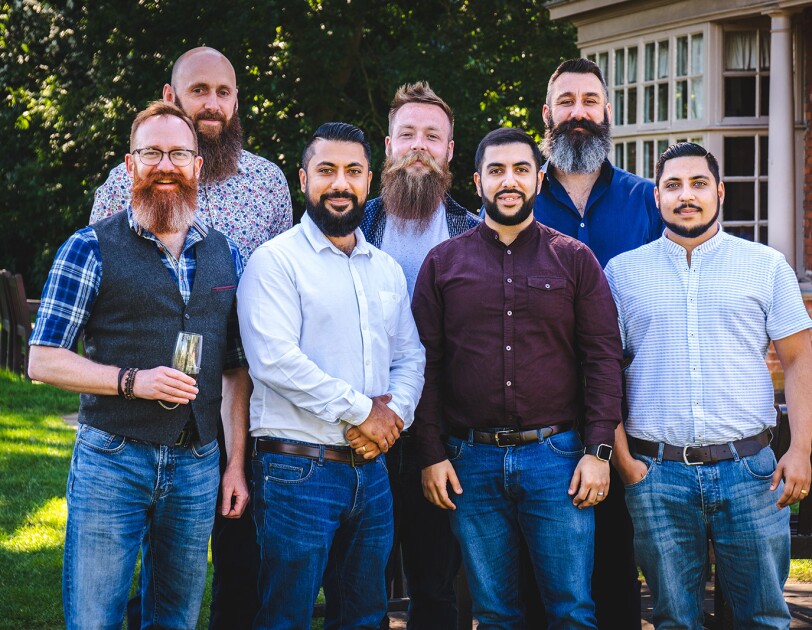 While they enjoy their success, Itchy, Patchy and Scratchy haven’t forgotten how their story began, and consider ethos an essential part of their modus operandi. They keep supporting charity initiatives, they provide free mentoring for emerging start-ups, and they have even started their own charity campaigns, like Behind the Beard (a scheme offering free grooming and career coaching to homeless and vulnerable people in Leicester) or fun ‘beard-stroking’ popups for stress-therapy. They also leverage the ever-growing community of Mo Bro’s customers to raise awareness of topics related to men’s mental health. “Every contribution, no matter how small, makes a difference. If every business made a commitment to give back to the community, we’d live in a much better society,” Kev says. After all, he firmly believes that, in life as in business, “if you want something enough, you can make anything happen.”

Selling on Amazon EmpowermentFulfillment by AmazonSmall businesses on AmazonAmazon StoriesUK
How did you like this story?
Yawn
It's OK
It's Good
It's Great
I love it!
Thanks!
Amazon Web Services 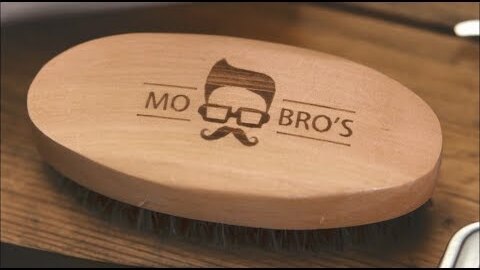