Launched on Prime Video through Amazon Video Direct in 2017, Superclaims is a show about the new guy at an unusual firm, an insurance agency for superheroes.
By Day One Team

What do superheroes and their fantastic powers have to do with the mundane world of insurance agencies? Everything and more, if we are talking about the comedy universe of Superclaims, the TV show co-authored and co-directed by Oxford Brookes lecturer Govind Chandran and alumni Tom Walker.

Passionate about filmmaking since their school days, Chandran and Walker crossed paths at Oxford Brookes. “It was Tom who pitched the concept to me,” recalls Chandran. “He only needed to say the words ‘superhero insurance agents’ and I immediately knew I wanted in. It was the fastest I’ve ever said yes to an idea.”

“We were interested in merging two genres that we love, superheroes and sitcom, and play with the interaction between them to create something unique and unseen before,” explains Walker. “So we took the plainest, least exciting job we could think of (no offence!), and the most fantastic element,” says Chandran. The contrast creates a playground for classic British humour rooted in the absurdity of life. Superclaims was born.

It was the fastest I’ve ever said yes to an idea.

And now for something completely different

It took the two British authors several months to refine the concept, as Walker and Chandran were working in different locations during script development. “We exchanged notes for quite a while,” Walker says. “The hardest part was turning all the great ideas and jokes we came up with into a streamlined narrative.”

When time for casting came, the crew were surprised by the response: more than 400 people auditioned for initially unpaid roles in the show. For Walker and Chandran, casting was the moment when everything started to feel real: “It was the first time we could see people inhabit these characters,” recalls Chandran. “We realised there was something special about what we had created.”

“I think there was a lot of interest because we made it clear from the beginning that we were going to release on Prime Video through Amazon Video Direct,” he continues. “Everyone knew that we had a solid distribution plan and the show would be seen by a big audience.” Through Amazon Video Direct, filmmakers can choose to earn either royalties based on hours streamed by Prime members, a revenue share for rentals, purchases, monthly subscriptions and ad impressions - or any combination of these options. They can also make titles available through Amazon Video in the UK and other locations—on all supported devices such as Fire TV, phones, tablets, game consoles and Smart TVs.

The pilot episode was shot over two weeks, mostly in the evenings as much of the cast had day jobs. Many of the interior office scenes were shot in an actual working office, so the cast and crew had to be careful to return everything to the correct place before morning. “Sometimes it was a struggle to balance a regular job and the shoots, but everyone was very supportive and spirits on the set were very high,” says Chandran. “These good vibes fueled the production in unexpected ways,” added Chandran, “as some of the funniest bits in the show actually came from actors improvising on the set.”

When the pilot was ready, Chandran and Walker launched it through Amazon Video Direct, gaining instant access to an audience of millions of Amazon Prime customers. “We received a lot of positive early feedback from viewers. It was exciting to wake up every morning and see how people responded,” says Chandran. Walker was surprised by the ease with which customers could find their show and share it: “Sites like Amazon give independent filmmakers more exposure for their work. It is empowering, and it really helped with increasing our viewership,” he says.

Actor Andrew Jardine, who plays character Carl on the show, found the experience of releasing on Prime through Amazon Video Direct surreal. “When I first saw Superclaimsthere I was blown away,” he says. “Just seeing everyone’s names on the screen was incredible, the show itself looked incredible. Being on Amazon Prime is an immense opportunity for people who want to make fresh, original content.”

“Streaming services have dramatically changed the way we view and appreciate content,” added Chandran. “As an author, you need to embrace this new form of distribution if you want to stay ahead of the curve. With Amazon, video ties in with a whole range of other services, so you get immediate access to a huge audience.”

Up, up and away

The wave of positive feedback has spurred on the two directors. As all superhero fans know, with great power comes great responsibility, so the duo has already started working on the next episodes of the show. “There have been times when we wondered if we had gone too far with the script,” recalls Chandran with a smile. “But the response from the audience has been clear: ‘we like it when you go too far’.”

Amazon Video Direct Entertainment Amazon Stories
How did you like this story?
Yawn
It's OK
It's Good
It's Great
I love it!
Thanks!
Amazon Web Services 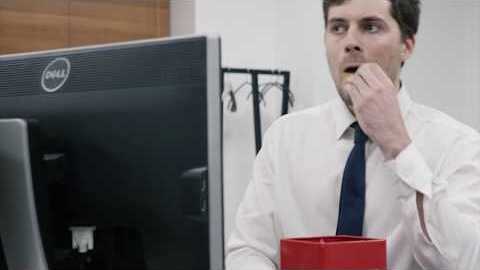