Federico - when running changes your life

Obese, hypochondriac and in the middle of an existential crisis, Federico Mancin began running to try to get better. Today he is fit and he wants to smile again; he has also decided to share his experiences by turning it into a book. His story, published with Kindle Direct Publishing, Amazon’s self-publishing service, has become a bestseller.
By Amazon Stories

Federico Mancin, 35 years old and the face of someone who offers you his seat on the tube, has a great passion: running. “It is more than just a passion,” he explains. “Running was my medicine.” Two years ago, Federico was not the athletic guy with the smiling eyes that he is today: he weighed 123 kilos and was in the middle of an existential crisis. At night he could not sleep, he thought he was suffering from the worst diseases imaginable. Anxiety, insomnia and hypochondria tormented him for months. Today he is happy: thanks to running, he overcame the crisis, lost 35 kilos and became a top-ranking writer. The story of his rebirth has become a book, published with Kindle Direct Publishing, Amazon’s independent publishing service.

“It all started in March 2018,” he says. “On paper I had it all: a great job in a communications agency in Milan, a beautiful wife and daughter and the home of our dreams that I had recently purchased.” However, Federico was uneasy. To be honest he had always been a bit like this and he had had such periods in the past. Periods when the mood goes lower than it should, in which every action, even the most trivial, takes effort; negative thoughts become twisted and the needle of the weighing scales goes up.

"I've always been a worrier," he confesses, "a condition that is reflected on my body weight through various ups and downs: thin, fat, thin, fat. After reaching the age of 30, I had resigned myself to an oversized life. Over the years I also attended psychotherapy. Maybe there were a few more cooler moments, but then it all came back.”

However, in March 2018 the crisis did not pass, even with psychotropic drugs. “One night I reached rock bottom, I woke up with my heart beating like crazy: boom, boom, boom. I thought I was going to die, I threw myself on the couch, I didn’t know what to do. In the following days I couldn’t go to work and I hated myself for it, I felt even more useless. I was housebound while the world outside was carrying on.” Federico spent the following months on that couch. “I was consumed by guilt for my wife Federica and my daughter Matilde, as a hypochondriac I had convinced myself that I had multiple sclerosis. I also underwent the required medical examinations which were very painful. I was fine: it was all just in my head.”

Running, a medicine against the evils of life

A few months later, a friend invites Federico for a walk in the woods, near his home in Corbetta, in the Milanese hinterland. “It wasn’t the first time that it happened, everyone was suggesting that I should do sport. And it also bothered me a lot. That day however my friend Stefano was decisive: “I’ll pick you up at 7 pm, after work. Full stop.” I put on a pair of casual shoes, I didn’t have any trainers, and off I went. I hadn’t taken part in any physical activity for ten years. In the end I was very tired, but it was a different kind of tiredness, a physical one, and that night I finally managed to get to sleep.”

The walk became a regular appointment. “I started with five kilometres, bit by bit, out of breath, which then became five kilometres at a brisk pace. I got tired, I was sleeping and then I was feeling better.” Pace and self-esteem increase, while the needle of the weighing scales goes down: “People paid me a lot of compliments. Actually, losing weight was secondary: the training made me feel good mentally.”

Four years after that night in March, I had my first real race. “I was on a beach holiday in Orbetello with my family, and I started to run by the sea: a feeling of extraordinary freedom and power.” Federico immediately raised the bar: “I registered for the Deejay Ten in October, a race in the heart of Milan. I won the ten kilometres race in 73 minutes. I felt like Pietro Mennea, Federica and Matilde were waiting for me with beaming smiles at the finish line. In that moment I realised that running had saved me, teaching me how to overcome my limits day after day.”

Running became an integral part of Federico's life: three training sessions per week, preferably at dawn. “During one of these very early rises I had a revelation: hang on, look at me - lazy, I used to be obese, but here I am at 6 am to run in the cold. The sort of stuff that books are written about.” No sooner said than done. Initially, Federico imagined the book as a Christmas gift for the loved ones who had supported him in those dark days. He wrote the story and printed off ten copies: “In a homemade style, in the copy shop downstairs.” Those who read it encouraged him to publish: his is an experience that could help other people. But getting noticed by a traditional publisher was difficult.

“As an Amazon customer I discovered Kindle Direct Publishing . It was all very simple: my wife, who is my first editor, took a picture of me for the cover, while I took care of the graphics. It took me five minutes to upload the file of Just run and you will be fine: if you have to start again, do it by running.” Federico decided to donate the proceeds from book sales to AISM, the Italian Multiple Sclerosis Association. “A fitting act, given my phase as an imaginary patient.”

Looking for a new challenge

The book climbed the Kindle Store rankings, also reaching the top position in the ‘Running and Marathon’ category. “I was contacted by newspapers, magazines and TV. I received thousands of emails from people who identified themselves in my story and thanked me. Other people, after reading the book, started running and found relief from their own problems.”

The digital edition for Kindle was followed by a paper edition and a reprint is being prepared with a traditional publisher. Not content with that, Federico has opened a social account, Runner Extra-Large, becoming a kind of influencer in that field . The next challenge? “The dream of every runner: the marathon. Then, a new book.” Who’s going to stop you, Federico?

Success storiesKindle
How did you like this story?
Yawn
It's OK
It's Good
It's Great
I love it!
Thanks!
Working at Amazon 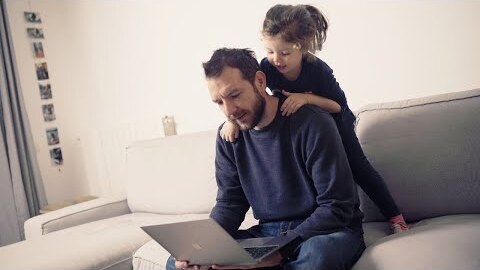