A new formula for life

Carmelo Castro founded Qualnat, the brand of dietary supplements derived from plant extracts that he designed four years ago while running along the banks of the Douro River. Today his products are sold all across Europe through Fulfillment by Amazon (FBA).
By Amazon Stories

"You'll be taking supplements all year round." That’s what Carmelo Castro was told at a laboratory in 2016 when he began selling his own dietary supplements, Qualnat, on Amazon. He is from Pozoantiguo in Zamora, not even forty yet, and he has already created two companies. After launching his first company in construction, his second company in dietary supplements resulted from a radical change in lifestyle.

Carmelo’s family aluminium gutter business suffered back in 2009 during the construction crisis. "When there was no money to pay salaries, we could only work to try to save the company," Carmelo recalled. And when he managed to keep it afloat, his life took a turn. "I've always been a little chubby and I started practicing sports. Then I realised that, while I was running, my head was free and clear to develop a project that I had always had in mind."

From construction to the laboratory

"He’s always moving," explained Carmen Alonso, Qualnat’s head of customer service and Carmelo’s wife. "Back in 2014, when he told me his new business idea, I was shocked." Although he had been thinking about it for a while, it was when he started practicing sports - and also due to his knee pain - that he found the needed strength to make his dream come true.

From then on, he decided to investigate more about the world of dietary supplements, but based on his personal experience. Carmen added with laughter, "He is his own test subject for all products, except for the menopause and cholesterol supplements, for those he goes to his parents." He even created the image of the brand together with a friend. "José Luis is the one who designed the Qualnat logo and labels, a combination of the words quality and natural."

Carmelo’s tireless motivation to carry out his business idea led him to visit a laboratory and tell them about his project, with no other material than his excitement. "They asked me: ‘Who are you?’ I had to convince them that I could develop my own formulas and then they trusted me. When I started selling on Amazon and dealing with all the orders, they told me 'You’ll be taking supplements all year round.'"

In the laboratory, they had just dreamt up their first supplements when Carmelo and Carmen started investigating the market. "Carmelo, who did not know how to use a computer, logged in to Amazon one day to see what products were available. And in 2016, we started the adventure of selling collagen online," said Carmen. "I played the e-commerce card and I won," Carmelo added - although he humbly admits that his initial intention was to distribute his products by local businesses.

I never thought that technology would help us so much. Now I can work from anywhere in the world and be with my family.

A new day to day

"After taking the children to school, I have a coffee with the other parents and then go to work. I dedicate the afternoons to my children, but I'm still connected to my mobile phone," Carmen told us about her routine. "When our first child was born, our family sought the best option to combine work and motherhood."

"I never thought that technology would help us so much. She is delighted and so I am because now I can work from anywhere in the world and be with my family," Carmelo said. He has even taken the opportunity to attend a fair in Orlando, Florida and see trends that, he believes, will soon reach Europe.

His daily life now centers on his family and Qualnat, the brand of dietary supplements derived from plant extracts that he designed four years ago while running along the banks of the Douro River. "Now we are focused on two projects: the Pan-European Fulfillment by Amazon (FBA) that will allow us to offer our products in all European websites and a new product line, requiring R&D, with flavoured chewable tablets," Carmelo explained enthusiastically.

Small businesses on AmazonFulfillment by AmazonAmazon StoriesSMESpain
How did you like this story?
Yawn
It's OK
It's Good
It's Great
I love it!
Thanks!
Working at Amazon

Starting a new job and joining a new team from a distance has become a challenge to both employers and employees. Read how Amazon is making on-boarding work - online and virtually.
Continue reading
X
Out for Delivery
Thank you!
Please try again
Quick news and rich insights from inside Amazon, delivered directly to your inbox every few weeks.
Check your inbox shortly for your very first Out for Delivery email. We’ll reach out every few weeks with more.
If you’re not redirected back to the blog in a few seconds, click here.
Looks like we had some trouble authenticating your entry. Let’s try again...
Amazon Privacy Policy | Opt out anytime
Return to video player ➡ 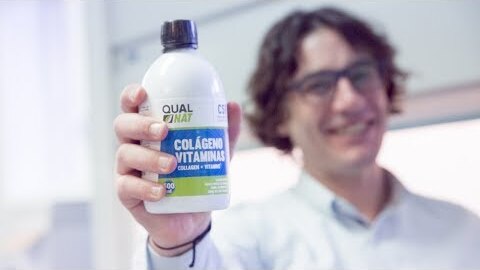 A new formula for life