Amazon Academy: The future of possibilities

Carrying the slogan “A Future Full of Possibilities”, the international network was launched in Berlin for innovators everywhere, starting a positive dialogue on the one thing you can count on: our future.
By Day One Team

Optimists, computer experts, lateral thinkers, digitisers, entrepreneurs, innovators and futurists: the new Amazon Academy networking platform is open to everyone who wants to shape tomorrow today. Carrying the slogan “A Future Full of Possibilities”, the international network was launched in Berlin for innovators everywhere, starting a positive dialogue on the one thing you can count on: our future.

“The day I made it to the top of the Kindle bestseller list was like Christmas for me,” says successful crime author Nika Lubitsch. She was one of the 250 guests who came to Berlin for the launch of the Amazon Academy. The new platform allows entrepreneurs to meet other users of Amazon’s infrastructure and services, be they small and medium enterprises, software developers, academics—or authors like Nika, who can share their experiences with other fans of literature at the Amazon Academy. The first event was timed to coincide with the opening of the brand-new Amazon Development Centre in Berlin where it was held. There, 180 highly qualified staff will help shape the future by supporting research in the new, innovative technologies of tomorrow.

In the meantime, Nika has self-published the 6th edition of her first crime novel, The Seventh Day, as an e-book, thanks to the Kindle Direct Publishing Program (KDP). Along with other participants at the Amazon Academy, she discussed key innovations such as machine learning, cloud computing and self-publishing – all areas of the digital future that are changing the way we live.

“The big publishers all rejected my book, often without even reading it. I could never have imagined the possibilities that would be opened up to me by Amazon’s self-publishing programme,” remarks the best-selling author, whose books are today even published abroad.

Richard Durnall, Senior Vice President of Engineering at audio platform SoundCloud, also relies on Amazon technology, as a user of Amazon Web Services (AWS). “Amazon allows us to do what we do best: offer 175 million listeners a month the best listening experience on the web, as we let AWS take care of the IT burden,” says Richard. Sellers can benefit, too – computer specialists CSL-Computer of Hannover, for instance, exports from Germany to France, Italy, Spain and the UK and is able to reach customers throughout the whole of Europe with the help of the Fulfillment by Amazon service.

"The future is inescapable"

For Amazon Academy attendees, the 'future of possibilities' has already begun, thanks to the opportunities afforded by the digital age. “The future is inescapable,” says Karin Frick, Head of Research and Member of the Executive Board at the Gottlieb Duttweiler Institute, which studies future scenarios. According to the researcher, in the future entrepreneurs will have no choice but to embrace creativity themselves. "Technically, almost anything is possible. The only limit is our imagination". Amazon Academy participant Anke Meyer-Grashorn adds: "The future is an expedition that needs people brave enough to just weigh anchor and set sail. It's in the sailing that we learn". The innovation trainer calls it 'learning by setting sail'. 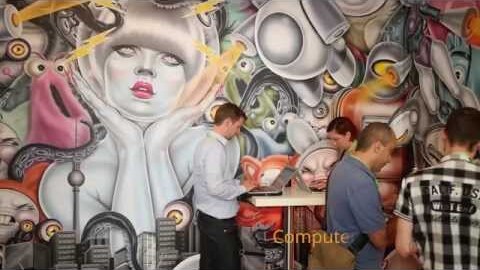 The future of possibilities: Amazon Academy