In “the land of high passes,” the challenges are as vast as the landscape.
By Neal Karlinsky

Leh, India is a town on the fringe of modern civilization surrounded on all sides by the massive Himalaya mountain range and dotted with 17th-century palaces and monasteries. Fresh air and stunning views are in abundance, but some everyday goods can be nearly impossible to come by.

“We are cut off from the rest of the country,” said Sonam Chunzin, a lifelong resident of the Ladakh region. Ladakh, which is also the local language, translates to “land of high passes.”

This delivery by motorcycle in Leh, India is made possible by one of the many small delivery businesses around the world empowered by Amazon. 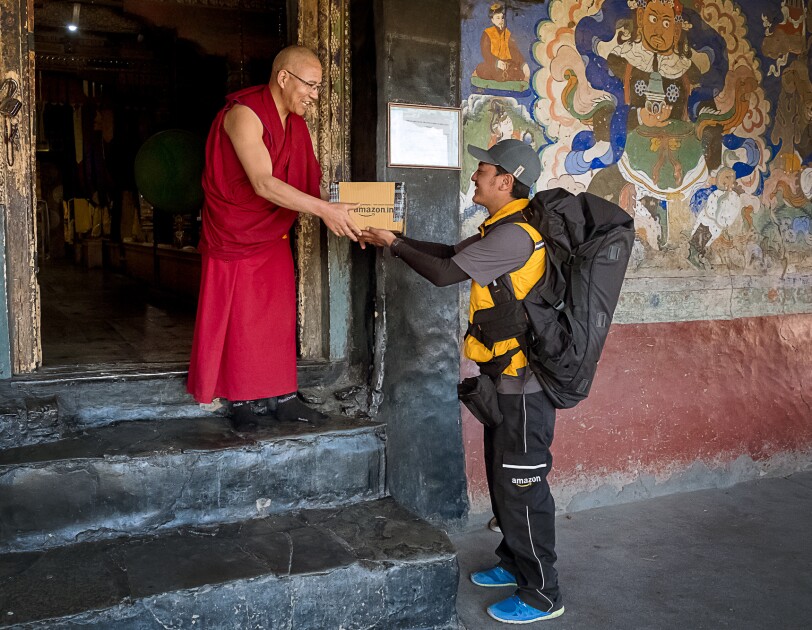 Some of Amazon's regular customers in Leh, India are monks who live in mountaintop monasteries. 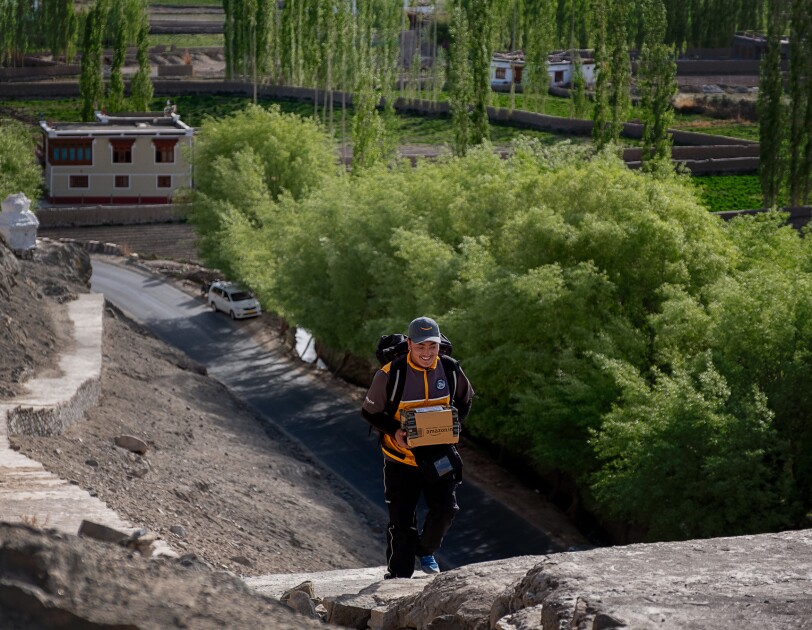 In Leh, the walk from road to doorstep can be long. 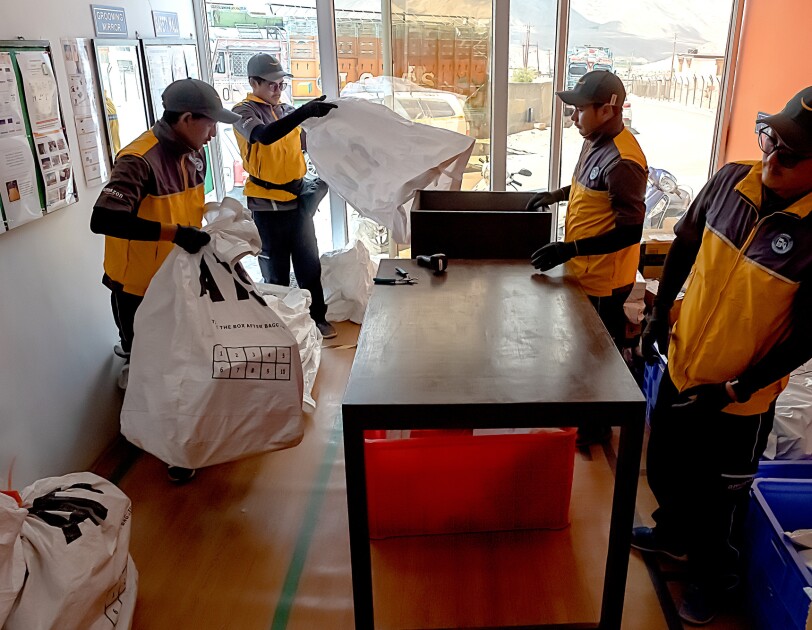 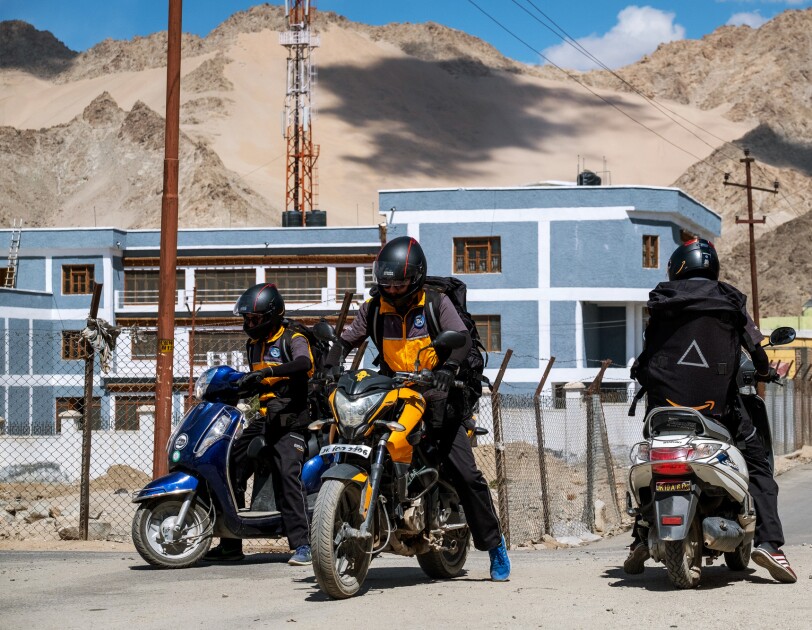 Associates head out with backpacks full of packages for Amazon customers. They are Leh, India locals who don't need maps to find their way on their delivery routes. 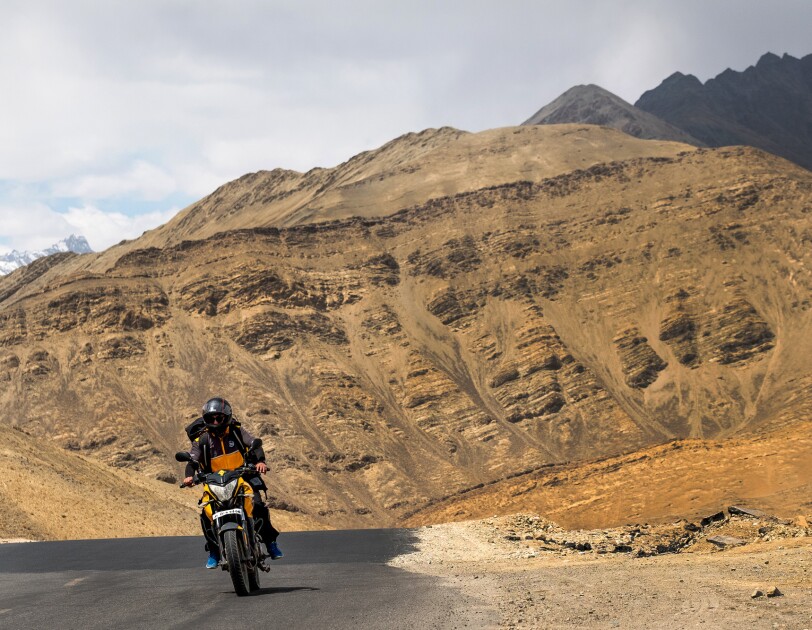 This mountain road is blocked by snow and frequent rockslides for months each year. 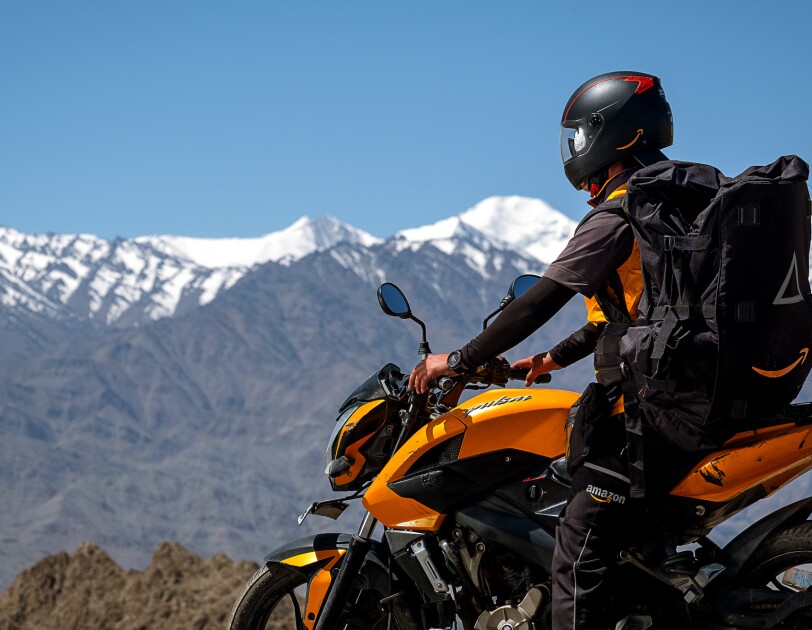 Even during summer, snow-capped peaks ring this high mountain town. 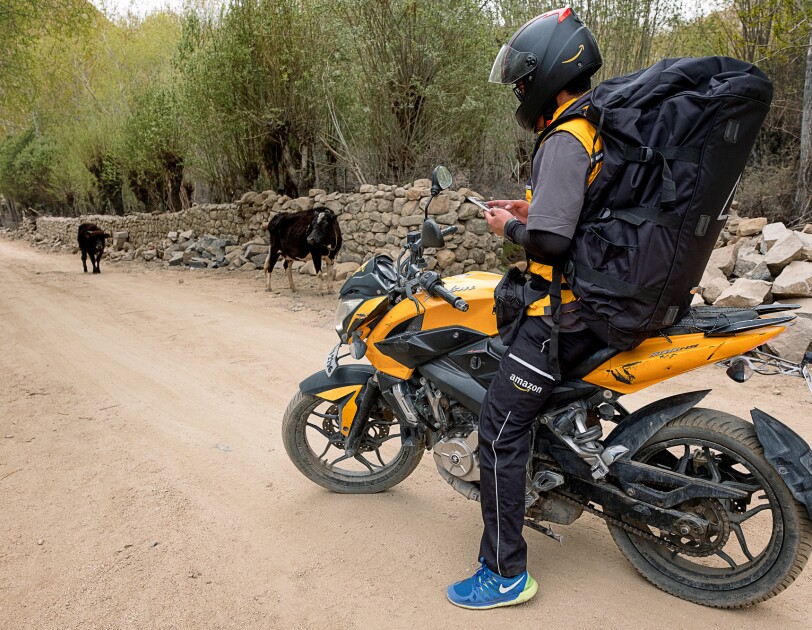 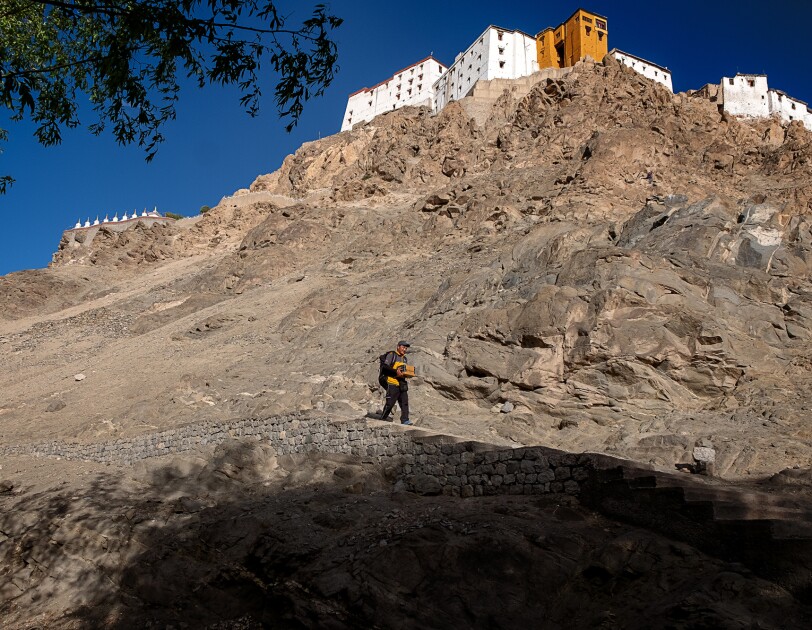 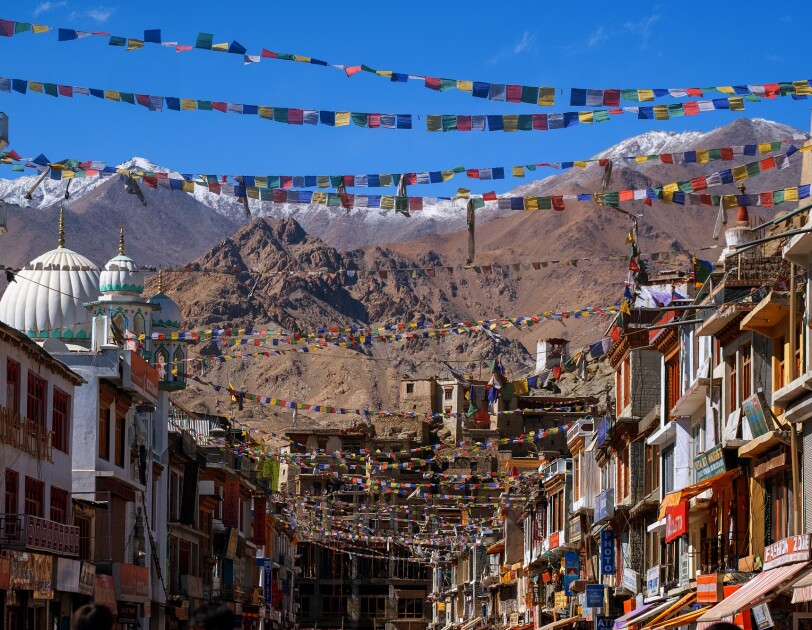 The town sits at an elevation of roughly 11,500 feet and supplemental oxygen tanks are offered in some local hotels in the same way a visitor might ask for a spare toothbrush down at sea level. There are two roadways into town — each offering a windy and at times treacherous mountain journey — that are blocked by snow and closed several months a year. There is no train service, but there is a small commercial airport.

Due to the location, altitude, and difficulty finding a safe way in and out, the local bazaar has traditionally been the only way to buy things. For fresh produce, the region’s famous pashmina wool, and other basic products, residents say that’s just fine. But limited selection can be a serious issue for people seeking even the most ordinary household goods.

“If you wanted to buy something for some occasion, or if it’s a specialty item like a part for your bike, you have to ask someone ‘please bring that item for me from Delhi,’ and then you have to wait,” said Chunzin. Delhi, India is a commercial airline flight away.

"We have become family"

In 2017, Amazon set up its own delivery service in Leh by contracting with a local adventure guide company to make deliveries throughout the rugged mountain town — making it the company’s highest elevation delivery route. For townspeople, basic things which once seemed extremely difficult to get are now easily available, and they say this faraway place feels a lot more connected.

“My wife is eight months pregnant and we were looking for this pregnancy pillow. We couldn't find it in the whole Leh city,” said Sonam Rinchen, who runs Amazon’s small but mighty delivery station in Leh. “Through Amazon, we got the pregnancy pillow within two, three days.”

Some of the delivery routes aren’t on a map, and Amazon has relied on the local knowledge of the delivery people who grew up in the area to find customers’ homes. The routes not only involve high mountain passes and occasional rock slides, but rough, primitive roads and sporadic traffic jams caused by free-roaming cattle and donkeys. Rinchen said his team of drivers love the new opportunity and have made surprising connections with people along the way.

Twenty-five-year-old Urgyen Dolma, a self-described “shopaholic,” said the Amazon delivery drivers who arrive on motorcycles are some of her favorite new friends.

“We have become family. You get to know the delivery guy. Everything becomes personal,” she said.

Despite the new convenience, Leh, a traditional trade route between Tibet and Kashmir dating back centuries, hasn’t much changed and the local market remains the town’s heart. But for residents, the little things just got a lot easier, and they say they’re thankful to have a connection to the rest of the world that once seemed so distant.

“With Amazon, we can get anything you wish to have in your house. It’s perfect,” said Chunzin, who just got her two-year-old a special birthday dress, delivered right to her door.

DeliveryCustomersAmazon Stories
About the Author

Neal Karlinsky is a storyteller for Amazon & Senior Content Creator. He also loves eating chips.
How did you like this story?
Yawn
It's OK
It's Good
It's Great
I love it!
Thanks!
Working at Amazon 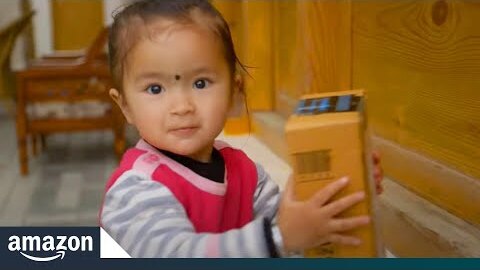 How customers in the Himalayas get Amazon orders