Over 100 Amazonians volunteer to provide 10,000 meals for homeless in Dublin

When Thomas Carroll from our Data Center in Dublin was volunteering at the Merchant Quay Ireland Homeless and Drugs Service (MQI) this month, he met a service user who had just saved his friend’s life.
By Day One Team

He had safely treated his friend, who was overdosing on drugs, with a medicine that had been supplied by the charity and that he had been trained to use a few weeks previously by MQI. Thomas explained that “the training that person had got from the charity was the difference between someone living, or dying.”

This is just one of the many resounding memories that Thomas has from his time spent volunteering at MQI’s facility in the run-up to Christmas. He is one of over 100 Amazonians in Dublin who volunteered their time to prepare, serve and clean up after meals at the shelter during the coldest month of the year. It’s also a time that can often be the loneliest for those with nowhere to call home. 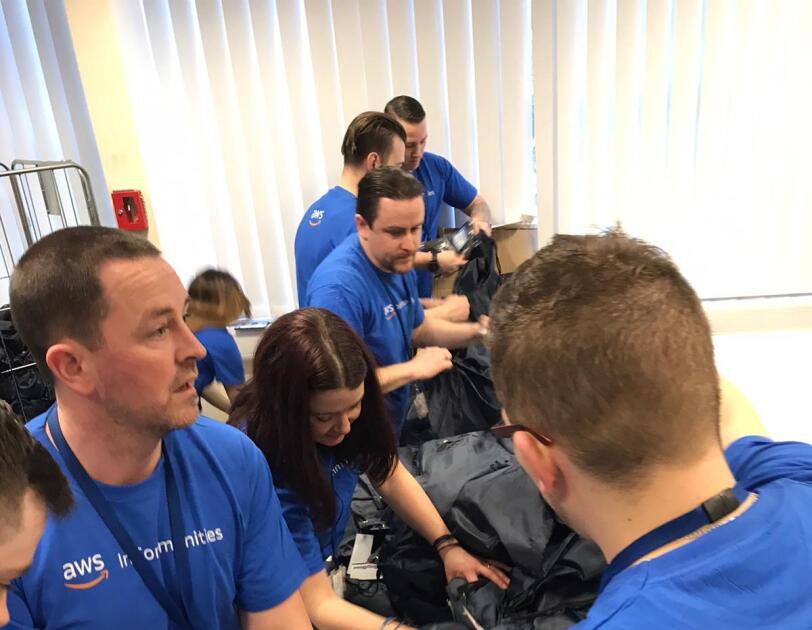 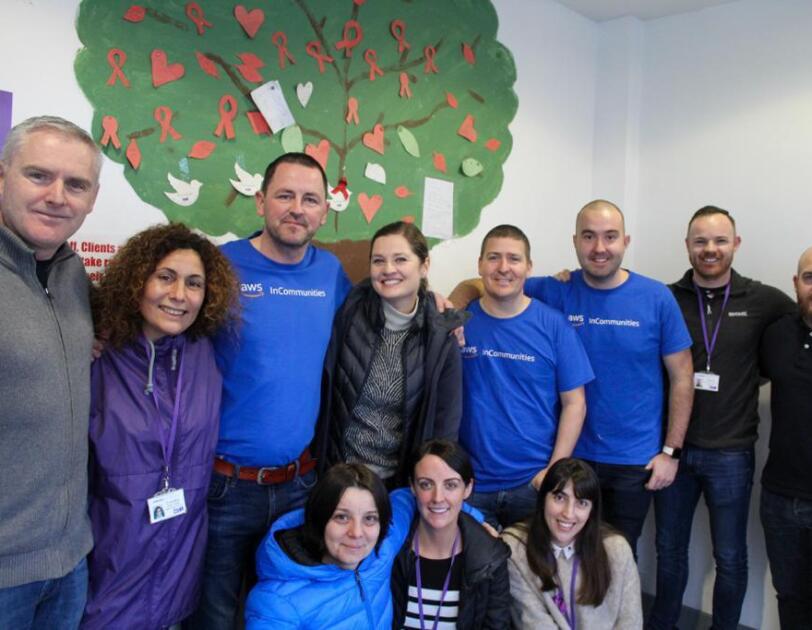 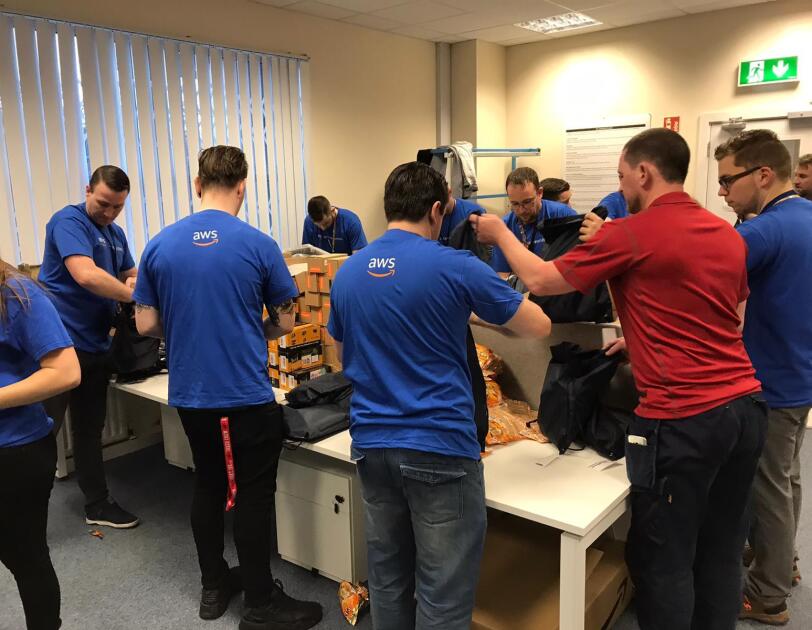 MQI is a privately-run charity that provides advice, support, food, dental, medical, veterinary, and addiction support services to over 7,000 homeless people in Dublin each year. As part of Amazon Web Services (AWS) InCommunities volunteering initiative, Thomas met with the charity to discuss how the company could help with their vital work.

“After we spoke a few areas were highlighted where they needed support,” explains Thomas. It was agreed that we would sponsor the 10,000 meals needed by the charity to provide breakfast and lunch to all of their service users throughout December. In addition to this, our employee volunteers would be freed up on weekdays, to work in shifts over the breakfast and lunch periods at the MQI shelter and kitchen.

"More than one third of our budget last year was donated by kind people, caring companies and philanthropic foundations,” says Carol Casey, Head of Fundraising and Communications at MQI. “It’s vital that we raise money to keep the door open and the kettle on."

Amazonians also helped out by putting together care packages that were handed out to service users over the Christmas period. They contained a selection box, a money belt, lip balm, tissues, wipes, a rain poncho and a phone charger with multiple leads; all provided in a waterproof backpack.“The back pack is really important for keeping items safe,” explains Emma Murphy, Head of Corporate Fundraising at MQI and responsible for managing volunteers. “Clients staying in hostels have to leave in the morning and take all of their belongings with them.”

Normally at the shelter, the breakfast on offer is either cereal or porridge, but on Christmas morning each person received a stocking and a ‘full Irish fry’ courtesy of Amazon. And a group of Amazonians volunteered to be on hand that day to help with serving up meals and handing out presents. 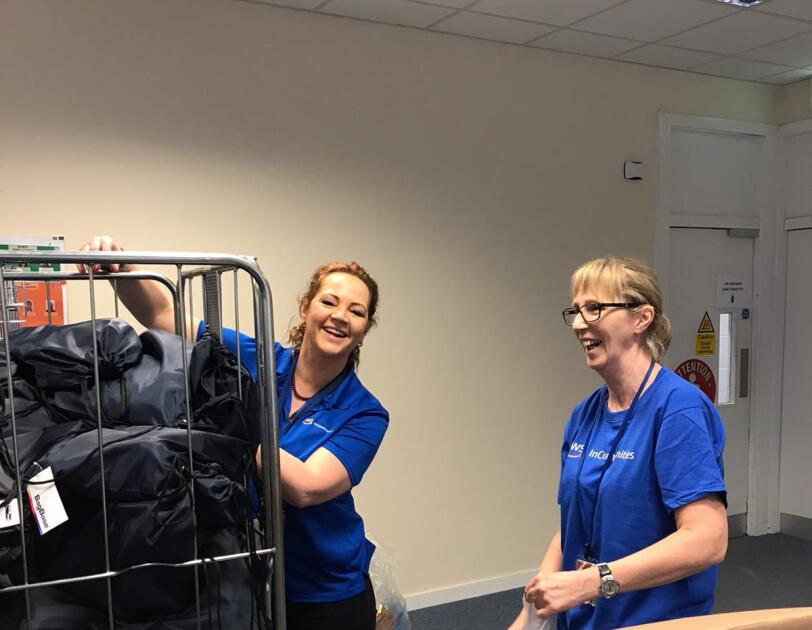 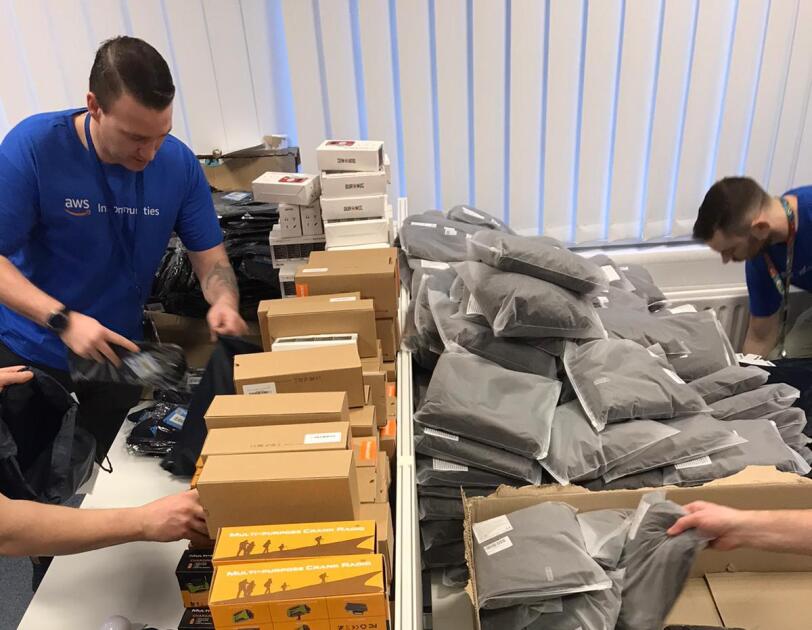 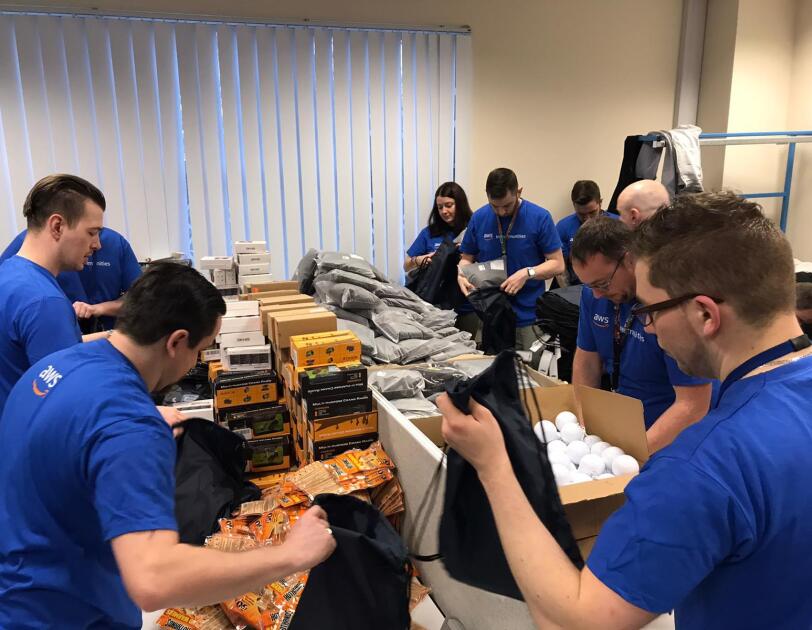 “Our ethos is one of compassion and non-judgement,” says Emma. “Homelessness, addiction and mental health problems don’t have a postcode. Volunteers learn that even a smile can lift the spirits of the people who come here in crisis.”

After Christmas, there was one more treat for the female guests at MQI to look forward to in January. Each homeless woman received lunch, a personally chosen gift and the offer of a hair styling from a qualified professional hairdresser. Female Amazon volunteers were there to lend a helping hand.

Thomas will never forget the experiences that he’s had during his time at MQI. “I think we all need to be mindful of the people around us and help whenever we can,” he says.

MQI is always looking for support and stock, whether it’s Christmas or not - there’s room for kindness and generosity any time!”

The volunteering efforts by Amazonians in Dublin are part of Amazon Web Services’ ongoing commitment to supporting local communities in the regions around its data centers and offices.

In Ireland this has included helping to organize the Irish Homeless Street League (IHSL) All Ireland Final in April, and offering bursaries and the possibility of paid internships for local people to learn the skills they’ll need to begin a career in data centers and cloud computing, through its Data Center Technician training course with the Technical University (TU) in Tallaght, South Dublin.

Supporting communitiesAmazon Web Services DublinCommunity
How did you like this story?
Yawn
It's OK
It's Good
It's Great
I love it!
9 Ratings
Thanks!
Working at Amazon