Inspiring and igniting passion, a ninth-grade internship like no other

Pascale was bowled over by the Amazon Future Engineer program and the professional way her son was welcomed during his mandatory ninth-grade internship in France. The internship presented the different professions within the IT sector and has helped her son clarify his career plan.
By Amazon Stories

Amazon organized a week-long internship for 25 students in the ninth grade at Jean Jaurès middle school, a priority education establishment in Clichy, France. The students were able to discover the different professions within the IT sector, learn about artificial intelligence, attend an introductory lesson on computer coding, and see demonstrations of Alexa-controlled robots. “The way our children were welcomed, as well as the human and financial resources provided for them, was amazing. They were taken really seriously,” says Nykou’s mother.

Which is not always the case, she added, as she has some previous experience of ninth-grade internships: “Nykou is the youngest of my four children. So my other three have already done their internships for ninth grade, and they were definitely not as professional as Amazon’s was. Living in a Parisian suburb, life can be pretty tough, and I’ll never forget how respectful Amazon was towards our youngsters.”

This intensive internship was designed to introduce the children to the world of business and its different careers. The students attended presentations and workshops specifically designed for them by volunteers from Amazon’s workforce. They learned how to code in Scratch. They controlled robots with Alexa. They learned the basics of artificial intelligence and the drone delivery project, Prime Air. They also worked on the attitude they should adopt in a company and identified their strong points to help develop their personality.

After visiting the Clichy and Défense offices, they then went on a virtual visit to a fulfillment center to understand the journey that packages go on. They were also set a challenge! The students were divided into groups of five and asked to imagine what the greatest Amazon innovation might look like in 2040. In true Amazon style, they were told that the sky was the limit, as long as the needs of the customer were met.

“They just had to let their imagination do the work,” explained Nykou’s mother. “It was a very rewarding and motivating experience for the 14-year-olds. Particularly since each group had a dedicated coach for the week to help them throughout the different phases of the project. It also enabled them to learn how to collaborate and communicate their ideas in front of an audience with the use of slides. They had to present their project to a panel who awarded prizes to the most innovative ideas.”

Nykou’s mother is extremely proud of him: her youngest son won first prize with an idea that would enable customers to try out a product using augmented reality before purchasing.

Nykou thoroughly enjoyed the internship and now sees the business world in a different light. He also has a much clearer idea about what he wants to do when he’s older: “I’d like to be a software developer and create new automated machines. I’ve always been interested in languages like Python, and this internship gave me the opportunity to learn about other ones. This is definitely the area of IT that interests me the most.” “This internship has helped him to clarify his career plan,” added his mother. “He already knew that he wanted to work in IT, but it seems that meeting an Alexa software developer has completely made up his mind.”

Nykou’s mother is also very pleased and welcomes the fact that Amazon did not take the easy option: “We are seeing an increasing number of parents avoiding priority education establishments and opting for private schools instead. This internship has been a wonderful opportunity for the pupils of Jean Jaurès. The Amazon Future Engineer program is both professional and educational, and our children have gained a lot from it. You only have to look at the amazing handbook given to each child at the beginning of the week’s internship. Some 30 pages long, the handbook is full of useful information and was written to help the children in their personal development,” adds Nykou’s mother.

To read the original article and watch the video in French, click here. 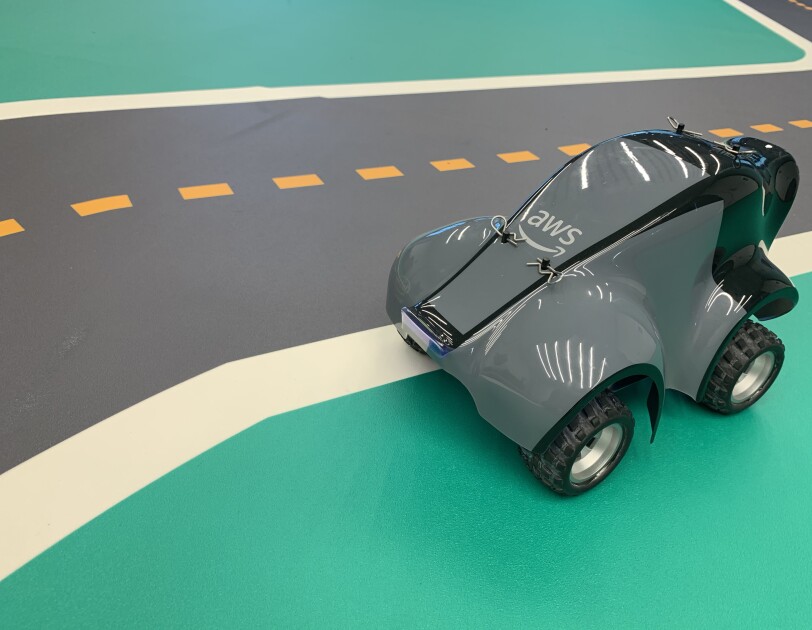 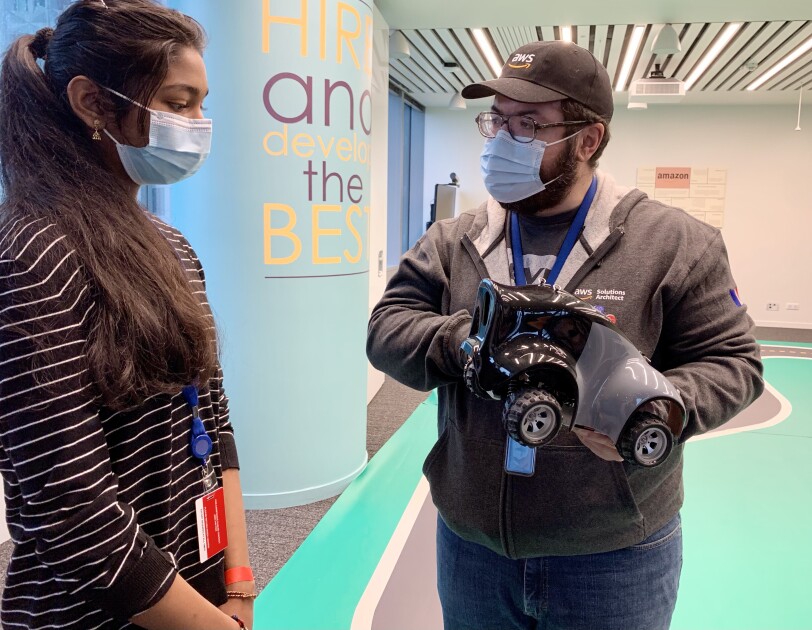 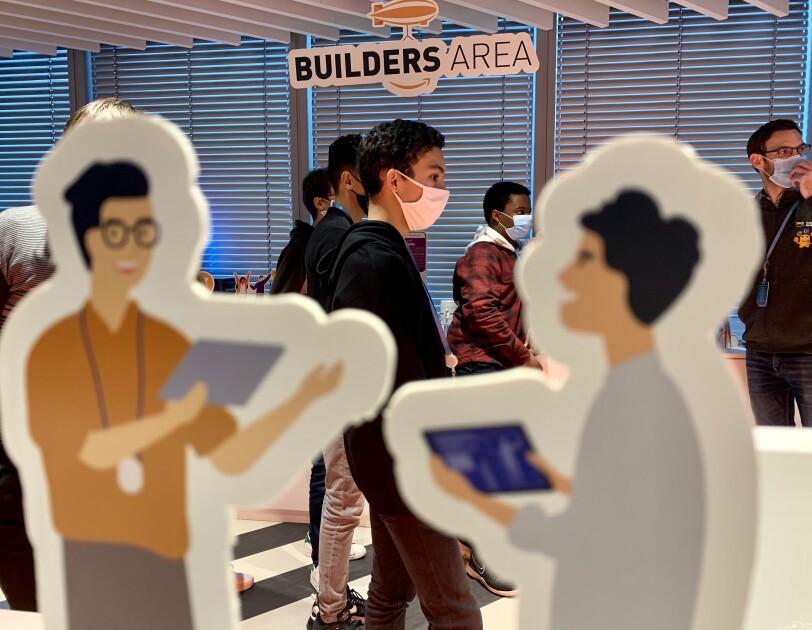 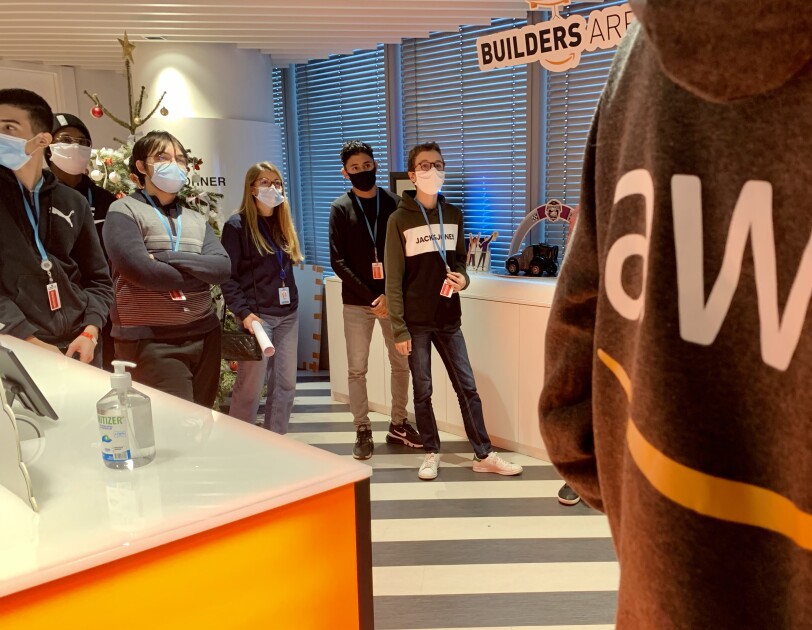 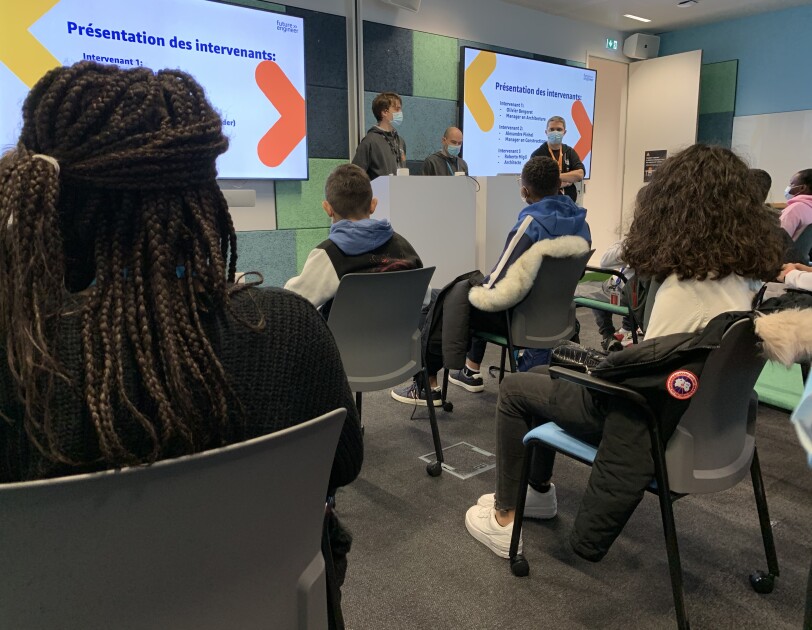 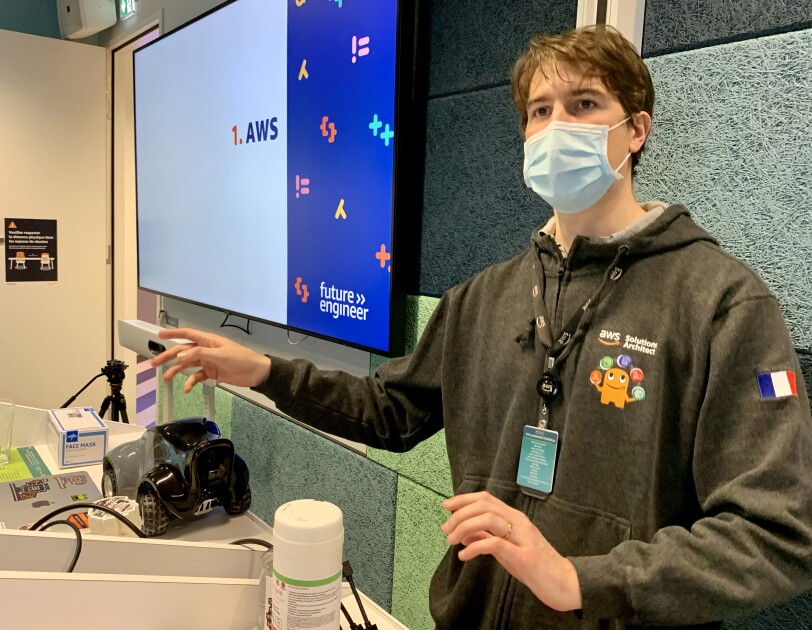 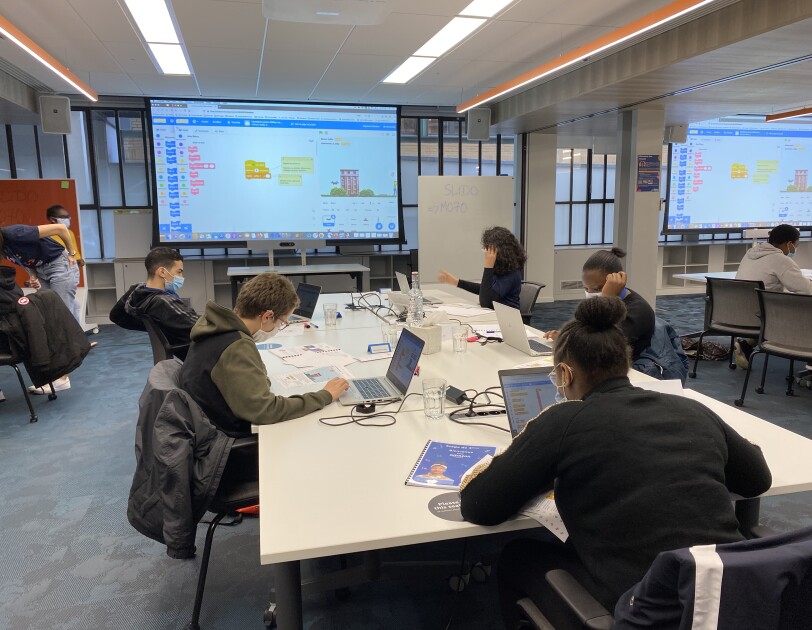 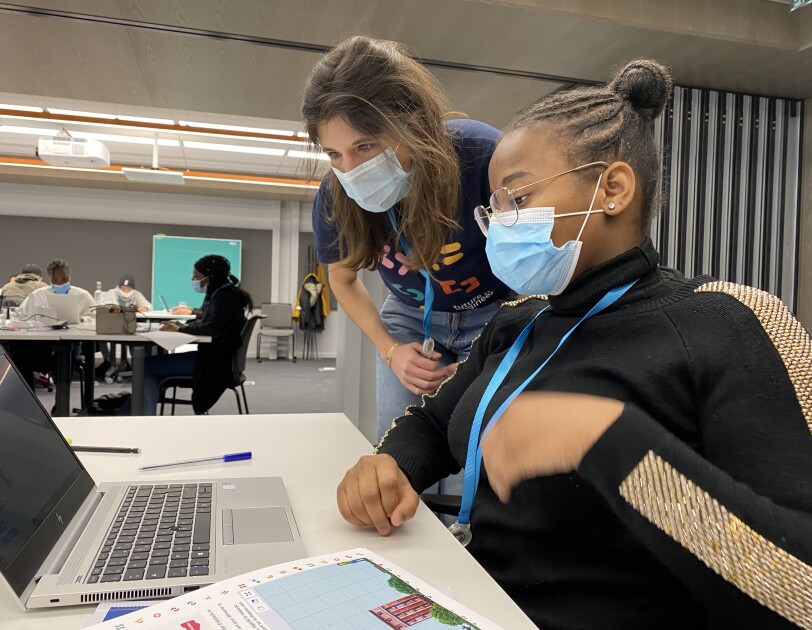 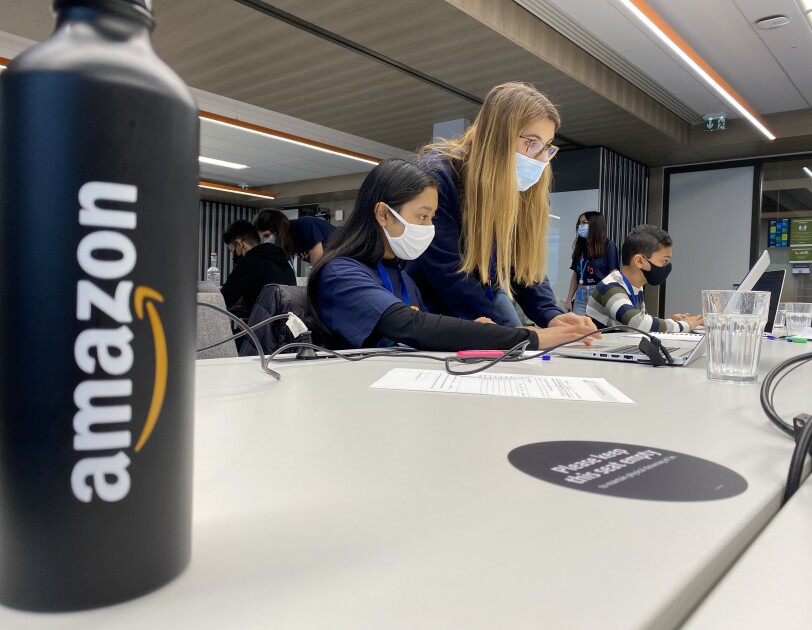 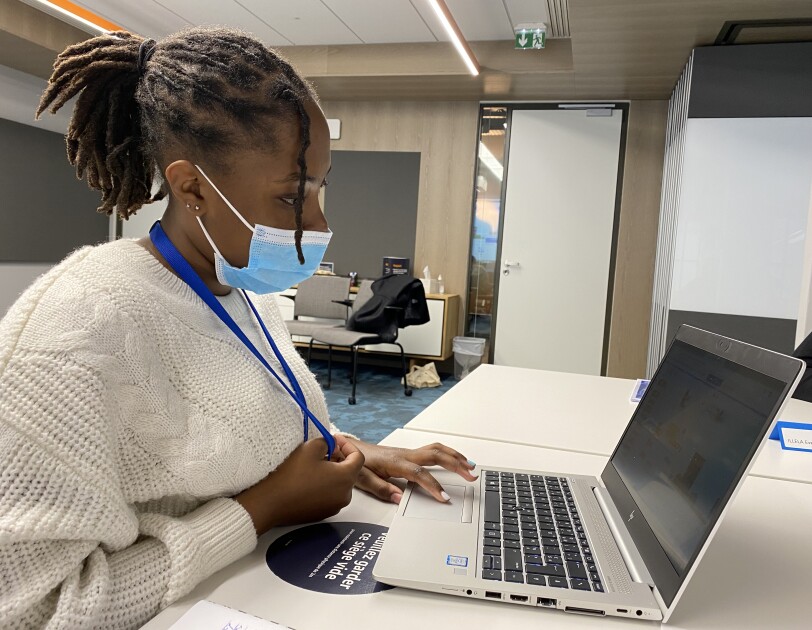 InnovationSupporting communitiesFrance
How did you like this story?
Yawn
It's OK
It's Good
It's Great
I love it!
Thanks!
Amazon Web Services

Discover our peculiar interview ways, what to expect, and how to prepare.
Continue reading
X
Out for Delivery
Thank you!
Please try again
Quick news and rich insights from inside Amazon, delivered directly to your inbox every few weeks.
Check your inbox shortly for your very first Out for Delivery email. We’ll reach out every few weeks with more.
If you’re not redirected back to the blog in a few seconds, click here.
Looks like we had some trouble authenticating your entry. Let’s try again...
Amazon Privacy Policy | Opt out anytime
We use cookies to enhance your visit to our site.
Accept & Close