For the first time, Amazonians working across our corporate offices in five EU countries joined the Amazon Goes Gold campaign to support kids with cancer.
By Day One Team

Amazon donated more than €70,000 to European charities – 10 euros for every Amazonian who wore pajamas to work in some countries.

Every year, 300,000 kids worldwide are diagnosed with cancer. Since the international symbol for childhood cancer is a golden ribbon, the global initiative #AmazonGoesGold wants to raise awareness for many organizations to increase the survival rates and find cure for childhood cancer. 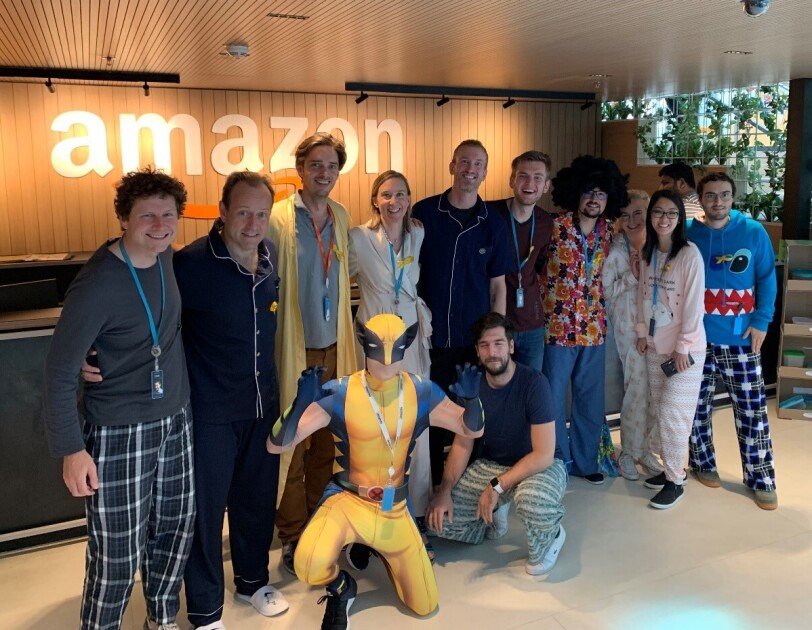 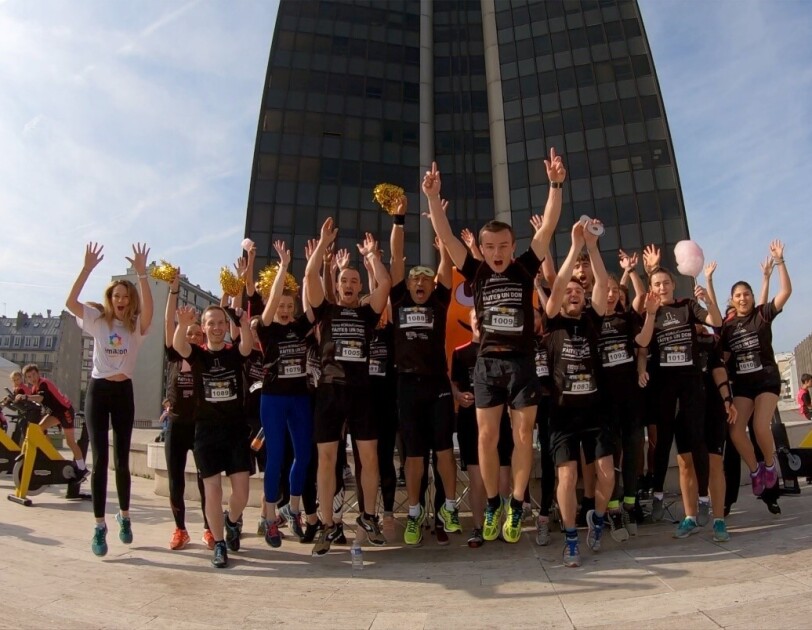 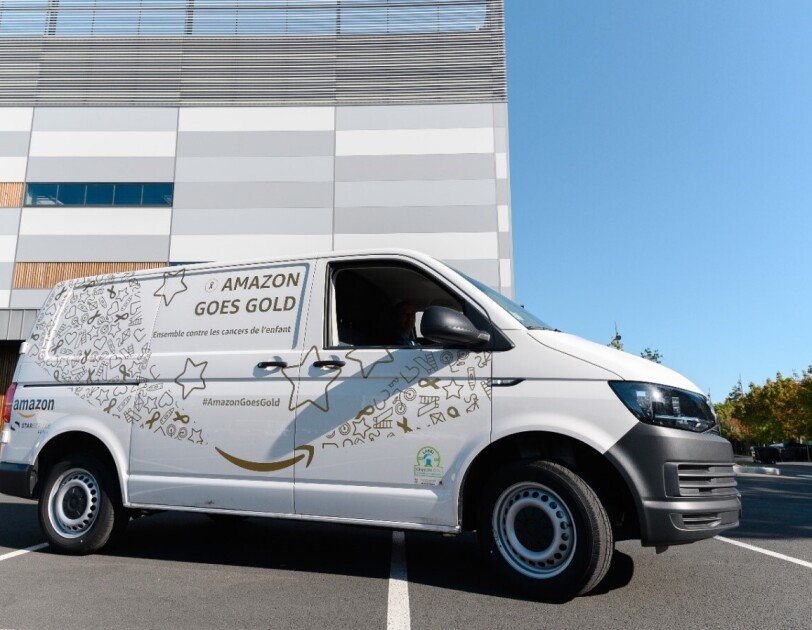 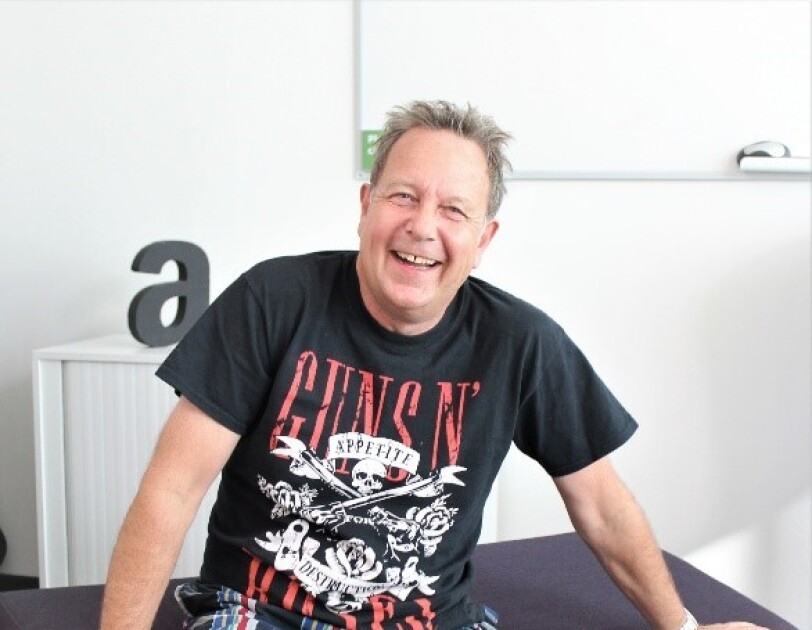 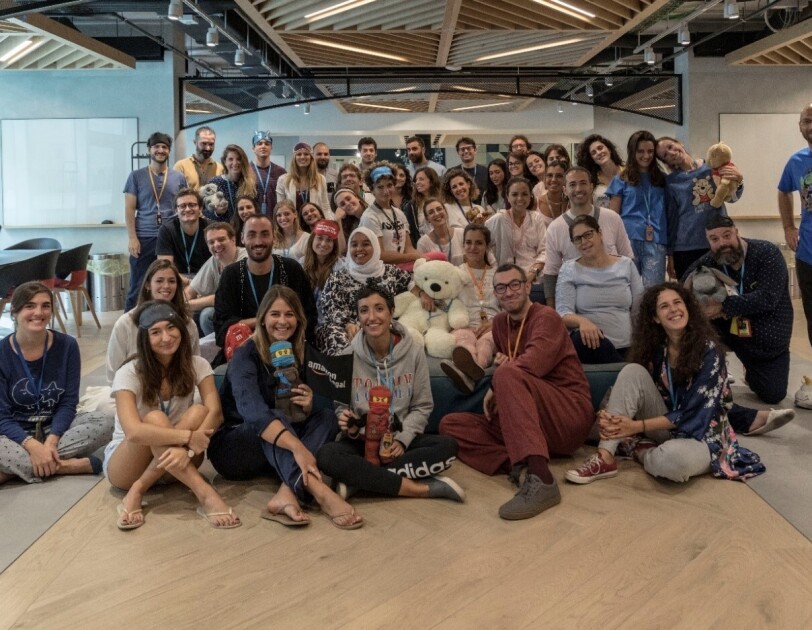 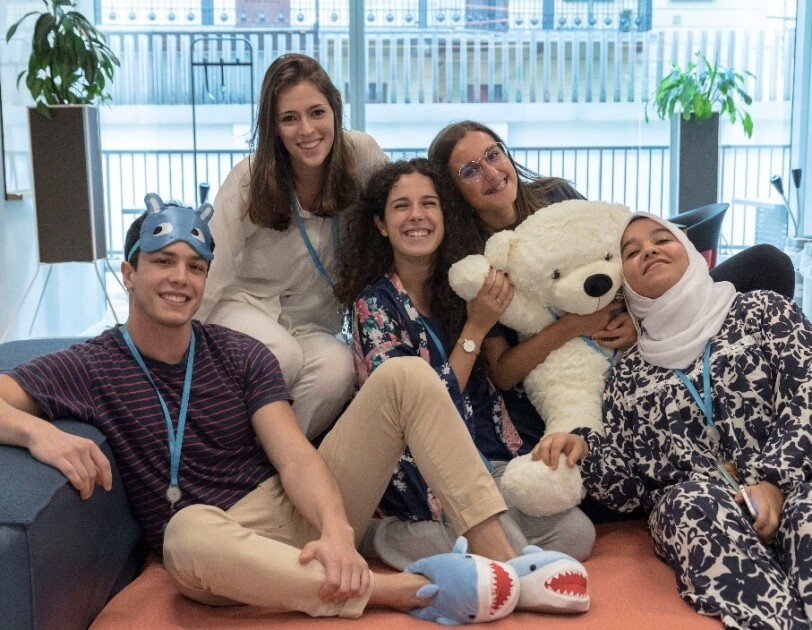 Italian teams having fun with “Goldy”, giant teddy bear mascot of the event. 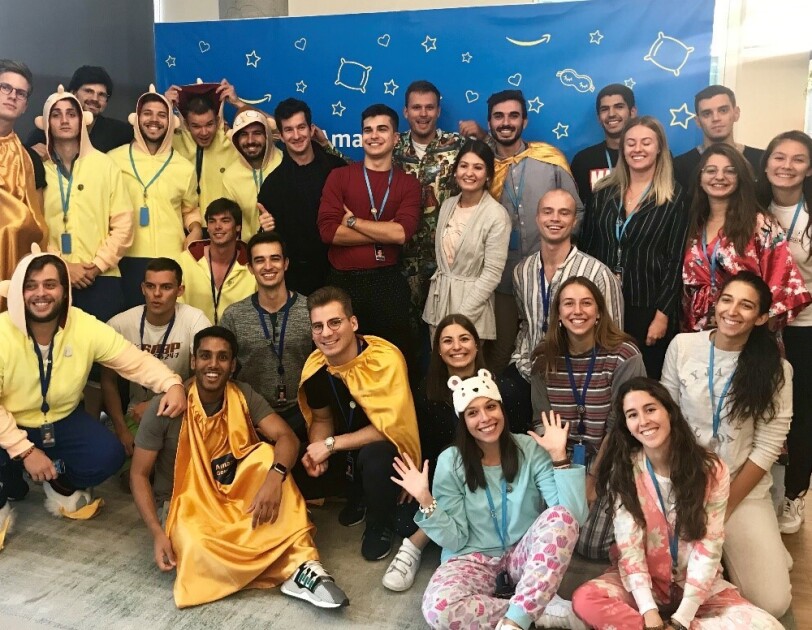 Here’s a run-down of what we did across Europe at our corporate offices, joining the existing campaign in our fulfillment network:

Luxembourg: Around 700 Amazonians at our EU HQ came to work in their pajamas. We donated the funds to the Letz Go Gold run organized by Kriibskrank Kanner foundation, with many Amazonians also joining the run. “Our main mission is to support actively families whose children have cancer, but we can’t do this without trying to discover a cure so they can get better, with less long-term effects. Investing in pediatric cancers research is mandatory and we’re grateful we received support from Amazon!” said Anne Goeres, Director of Fondatioun Kriibskrank Kanner in Luxembourg.

Germany: In Munich and other locations, more than 800 Amazonians wore their pajamas. The funds we raised enabled the non-profit organization DKMS to facilitate hundreds of registrations of potential lifesavers to combat childhood leukemia.

France: We organized a charity race with more than 50 employees running to the top of Montparnasse Tower to support Gustave Roussy, one of the world’s leading cancer-research institutes and the premier European Cancer Centre, in its fight against childhood cancer. We also customized an Amazon Goes Gold van to make deliveries to customers and charities.

Italy: We invited teams to send pictures of themselves working in pajamas, taking the chance of winning Goldy, very special giant teddy bear, mascot of the event. The funds were donated to Istituto Nazionale dei Tumori, specialized in oncological research since 1928, with a special focus on pediatric oncology - and Associazione Veronica Sacchi, which aims to bring a smile to children in hospitals with its red-noses and clowns.

Spain: We partnered with Fundación Columbus, to raise money for advanced therapies by organizing recitals and many teams wore their pajamas to the office or dressed as superheroes.

Amazon in the CommunitySupporting communities
How did you like this story?
Yawn
It's OK
It's Good
It's Great
I love it!
6 Ratings
Thanks!
Working at Amazon