How do you build a wind farm?

A wind farm from Amazon - the Esk project in County Cork, Ireland - is getting ready to provide clean, renewable energy to the local grid.

It will be Amazon’s first operational grid renewable energy project outside the US, helping the company towards its global commitment to reach 100% renewable energy by 2030 and net zero carbon emissions by 2040.

But what goes into building a wind farm, and how much clean energy will it eventually produce? 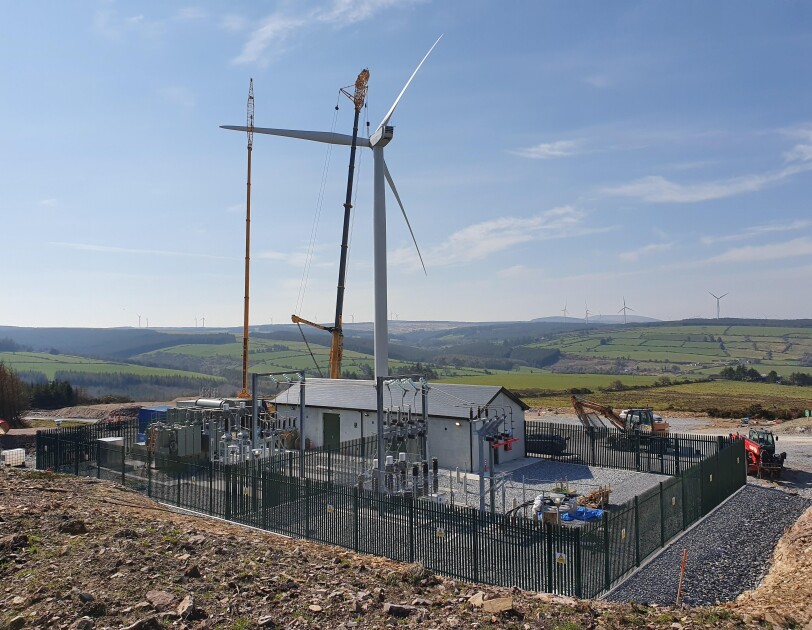 Amazon’s wind farm project in Ireland will supply clean energy to the grid at no cost to Irish consumers. 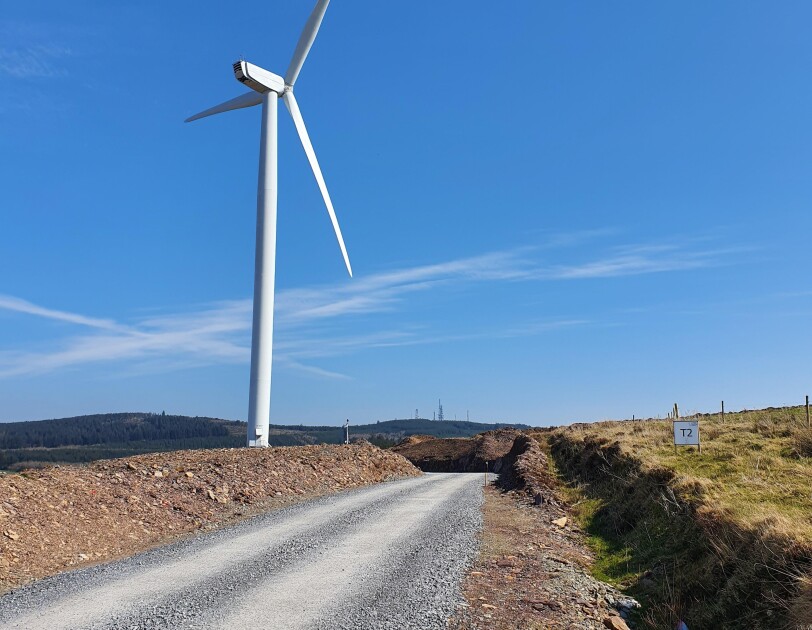 From the day it goes live, the project is expected to provide clean, renewable energy for a period of 25 years.

“Many months have gone into getting the site ready,” says Kenneth Matthews, Head of Energy, EMEA, Amazon Web Services, on the scale of the project.

“First the cables are laid, then the foundations are constructed, and a local substation is built to connect this energy to the grid.”

“It’s a complex process to fully erect and install each turbine. They’re erected in stages: first the towers, which typically come in two or three sections mounted one after the other.

Then a crane lifts the housing for the turbine’s working components – known as the ‘nacelle’, then the blades, and finally the hub, otherwise known as the ‘nose cone’.”

The turbine blades at Esk are 50 metres long - about the same length as half a rugby pitch, while each blade weighs approximately nine tonnes - the equivalent of about six rugby teams.

“It will take two or three days to fully install each turbine,” he continues. “But we normally allow five days, as the blades cannot be fitted during high winds – which is a familiar problem in Ireland!”

A first for Ireland

Four of the eight turbines in Esk have now been erected. Once operational, the wind farm will produce enough energy to power 22,000 Irish homes annually (68,000 MWh).

From the day it goes live, the project is expected to provide clean, renewable energy for a period of 25 years.

Together with another larger wind farm project in County Donegal, which is also under construction, these are Ireland’s first-ever unsubsidised wind power projects.

In the past, public funding has often been essential to enable renewable energy to compete with fossil fuels. Now, these Corporate Power Purchase Agreements or ‘CPPAs’, are the first renewable wind and solar projects to deliver clean energy to the Irish grid at no cost to consumers.

“We’re proud to be the first, and only, company in Ireland to deliver unsubsidized CPPAs with the construction of these new wind farms,” explained Kenneth Matthews, Head of Energy, EMEA, Amazon Web Services.

These renewable energy projects will be built without the need for multi-million Euro subsidies from the Irish government.

Projects like the Esk wind farm are game changing because they demonstrate how renewable energy can now stand on its own. It means companies like Amazon can help to make energy networks across Europe more renewable, reducing CO2 emissions and saving European consumers money on their energy bills.

It is the latest in a series of investments across Europe designed to supply energy to the electricity grids that serve Amazon Web Services (AWS) data centres, which power Amazon, and millions of AWS customers globally.

In 2019, Amazon became the first signatory of The Climate Pledge – a commitment to meet targets outlined by the Paris Climate Agreement ten years early.

In 2019, AWS announced seven new renewable energy projects in Europe. These renewable wind and solar projects will deliver clean energy into the grids in Ireland, the UK, Sweden, and Spain, at no cost to consumers in any of these countries.

Find out more about The Climate Pledge.

Amazon Web Services
How did you like this story?
Yawn
It's OK
It's Good
It's Great
I love it!
20 Ratings
Thanks!
Working at Amazon

Find out why our employees joined, why they stay, and why their ID badges aren't all the same color.
Continue reading
X
Out for Delivery
Thank you!
Please try again
Quick news and rich insights from inside Amazon, delivered directly to your inbox every few weeks.
Check your inbox shortly for your very first Out for Delivery email. We’ll reach out every few weeks with more.
If you’re not redirected back to the blog in a few seconds, click here.
Looks like we had some trouble authenticating your entry. Let’s try again...
Amazon Privacy Policy | Opt out anytime
We use cookies to enhance your visit to our site.
Accept & Close